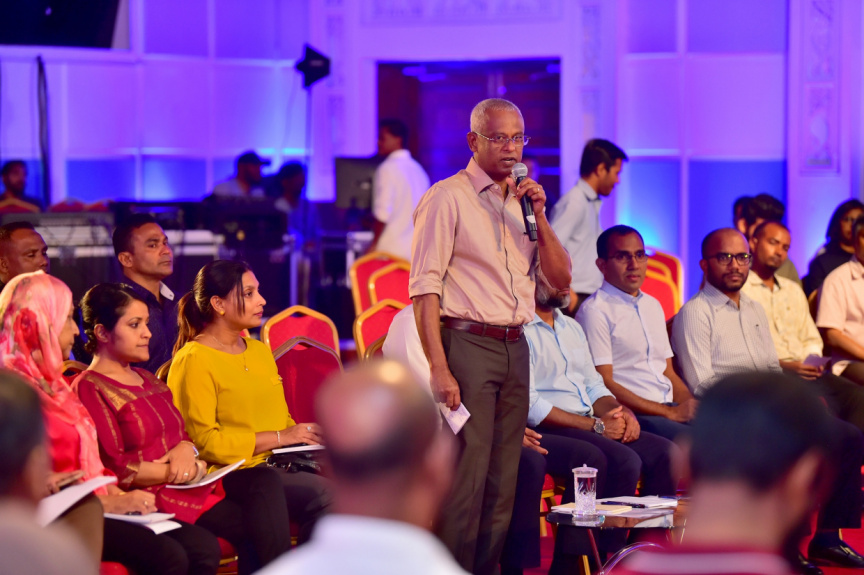 The government is braced to launch Jazeera Salla, a digital platform where ordinary citizens can interact and engage with key policy drivers and voice their queries, opinions, ideas and concerns.

President’s spokesperson Mabrook Azeez said on Monday that the purpose of the program is to listen to the people’s voice.

Noting that consulting with the people had been one of the government’s electoral pledges, Mabrook said that the digital program will allow the people a convenient avenue for answers from the government.

“Concerns or queries by the people will be answered directly by officials involved. For examples, matters concerning a ministry will be answered by the minister in charge. We are looking to arrange for queries to be taken via phone as well,” said Mabrook.

The government had previously held a series of public forums under the banner Jazeera Holhuashi. According to Mabrook, Jazeera Holhuvashi was discontinued due to the COVID-19 pandemic.

A date for when Jazeera Salla will begin has yet to be finalized, but government officials are engaged in discussions to finalize dates and make other necessary preparations, said Mabrook.

Maldives sees a drop in imports, rise in exports in Dec