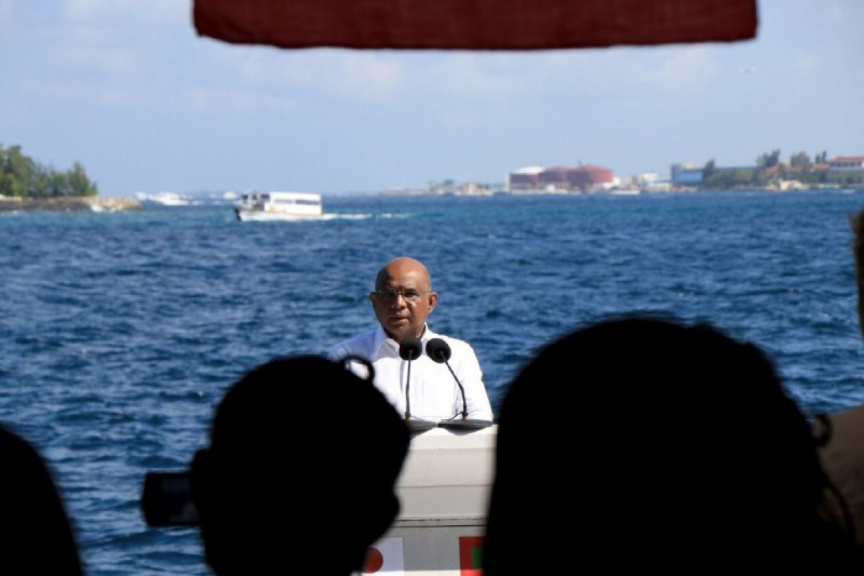 Foreign Minister Abdulla Shahid, on Saturday, described the COVID-19 pandemic as a great tsunami invisible to the naked eye that continues to devastate the world.

In a ceremony hosted by the Foreign Ministry on Saturday morning on occasion of National Unity Day, Shahid said that he had witnessed the devastation caused by the 2004 tsunami at close hand.

He likened the devastation left in the wake of the tsunami to that of a battle field.

“I saw our houses and buildings crumbled and our islands devastated. I saw at close hand the tears streaming down the eyes of Maldives on that day,” he said.

Shahid attributed Maldives’ success in overcoming the devastation of the tsunami to the unity and solidarity shown by the Maldivian people.

“I would not be untrue to say that never in the history of Maldives have the people been so united as when the Maldivian people had faced that great wave,” he said.

Shahid said that with the ongoing CPVID-19 pandemic, the Maldivian people face a no lesser danger than they had 16 years ago.

“The difference is that this tsunami is invisible to the naked eye. The tsunami that’s attacking us today is attacking our entire community in the form of small viruses. This tsunami is destroying the whole world,” he said.

Shahid said that he takes pride in the solidarity shown by the Maldivian people in face of the pandemic, and described the work of the frontline workers as a great jihad.

“Today, we salute them all,” he said.

Maldives calls for a mechanism to counter islamophobia