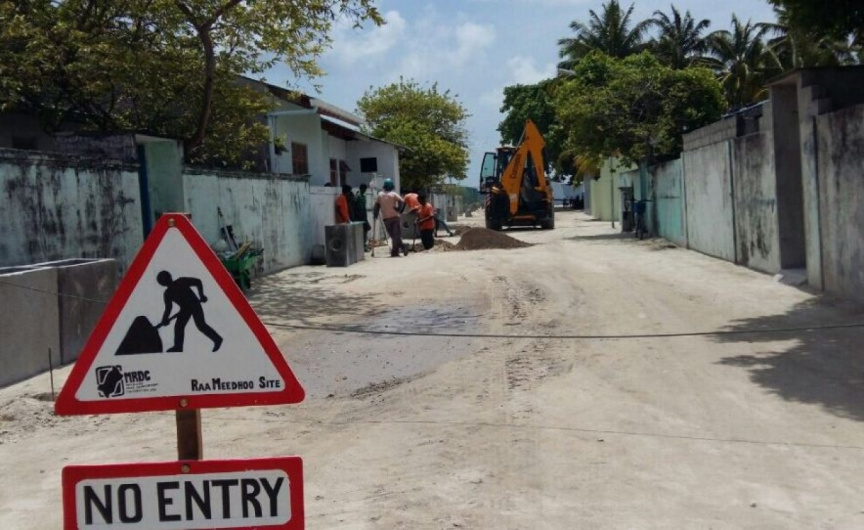 A special audit conducted into the Maldives Road Development Corporation (MRDC) has exposed a number of concerning issues.

The audit published by the Auditor General’s Office looks into the business dealings of the company between 2015 and 2017 and exposed a number of issues in projects run by the company.

Issues noted in the report include the renting of road development vehicles for long periods of time and not using these vehicles. The report also noted that the company paid MVR 5.53 million for the rent of these vehicles which were not used.

The Audit Report called for action to be taken against those in charge of these dealings which resulted in losses for the company and even noted that four of these vehicles were rented without a public announcement for such vehicles.

The report also noted misconduct in the supply of 500 metric tons of cement by the company for which the advance payments were made against the set policy. Around MVR 10 million was paid to the company which supplied the cement as advance payment, which was the total of the entire contract. This was done before the cement was supplied and was approved by the-then Managing Director of the company, read the audit report. Fines to be imposed on the company for delays of almost five months in the supply of the cement were also not obtained by the MRDC. MRDC also did not recover the money paid for the unusable sacks of cement supplied by the company which is around 20 percent of the total amount supplied.

The audit report urged obtaining the damages for the contract violations and to forward the case to the Anti-Corruption Commission. The audit also called to hold those responsible, accountable for their actions.

The audit recommended recovering the advance payments and pursuing damages for the issues arising from the contract.

The audit report also noted that MRDC had paid around MVR 2 million to another company as a fine for delays in payments, despite the lack of a set amount of fine.

MRDC operations have been ceased since 2018, and the operations that the company was tasked with, are now being carried out by the Road Development Corporation which, much like the MRDC is a 100 percent government company. Employees of the MRDC have since been restructured to other state companies, leading to difficulties in obtaining information for the audit report, read the report.