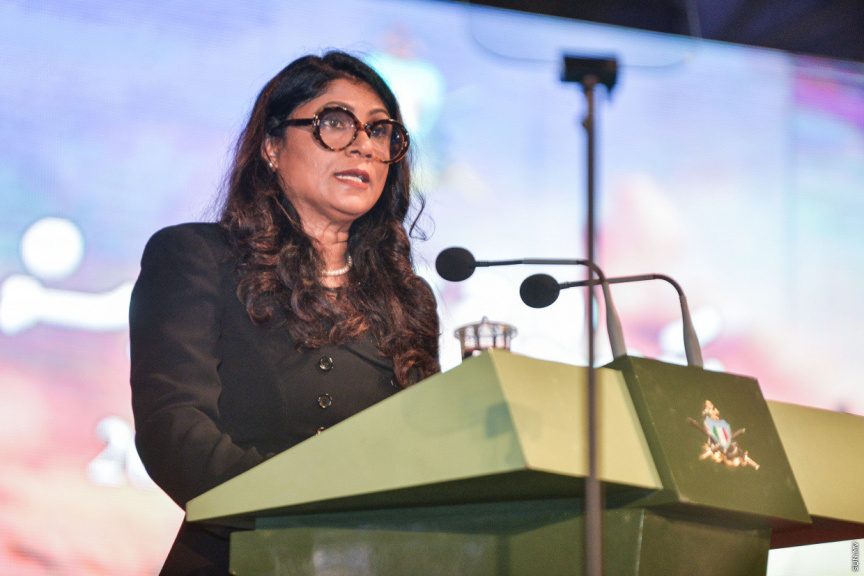 Defense Minister Mariya Ahmed Didi has stated migrants have played a huge role in building the Maldivian society over the years.

The Minister was speaking in a video message on the occasion of International Migrants Day 2020 yesterday, when she made the remarks.

In her address, the Minister reiterated the government’s commitment to improving migration management, so as to ensure safer and more orderly migration.

She also paid tribute to the hard work and sacrifices of migrants in the Maldives and beyond.

Minister Mariya also noted the government’s commitment to put an end to human trafficking and highlighted the efforts such as the introduction of the Maldives National Anti-Human Trafficking Action Plan.

The Minister also noted the designation and preparation of a location in Gulhifalhu for setting up a victim shelter, the confirmation of funds from the 2021 State Budget to establish an Anti-TIP Office in January, and ongoing efforts to align the Prevention of Human Trafficking Act with the international protocol before the end of February and to develop guidelines for victim assistance and shelter services.

The Minister also launched the #EndHumanTrafficking social media campaign. She concluded her address by stressing on the importance of recognizing the gravity of human trafficking as a crime against humanity and to take concrete steps to prevent the menace and protect the victims, even in these challenging times.