Home Minister: I will not orchestrate the release of a prisoner due to pressure 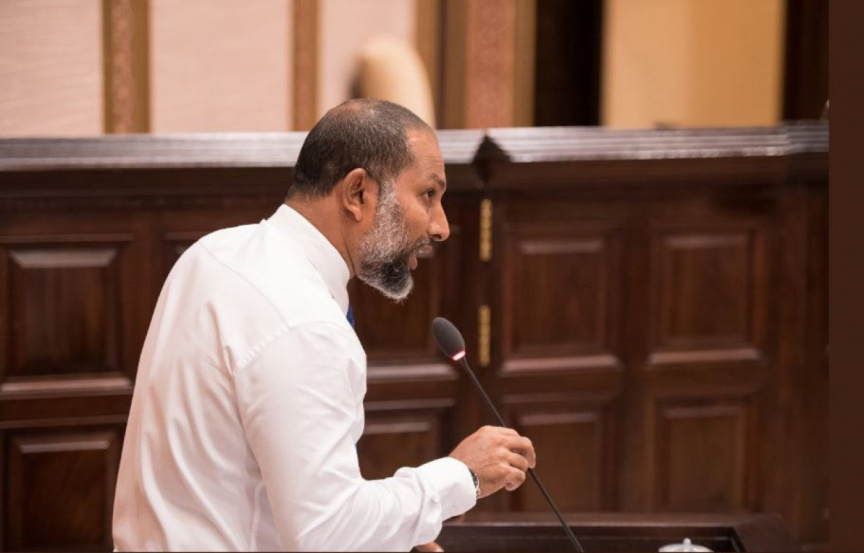 Home Minister Imran Abdulla has stated that he would not be the figure to facilitate the release of an inmate due to political pressure.

“I will not be the orchestrator of the release of an inmate imprisoned due to such political pressure.” Said Imran who indirectly responded to the opposition coalition members of the parliament.

The motion against me by 11 MPs is connected to the work i have carried out in recent years to establish a government that the people wished for.” Said Imran who criticized the former administration of President Abdulla Yameen during his speech.

During his speech, he reminded the opposition MPs that the days of cruelty, injustice and corruption have gone by.

“The days when they entered into the Supreme Court by removing tins from its roof when the military entered into the parliament and threw the elected representatives of the people from the gates have gone by.” Said Minister Imran.

The Minister said that he would not give way no matter the pressure targeted at him by the opposition.

“I will investigate the treachery case of the public accounts, in the capacity of the Minister tasked with maintaining the public order and peace with the help of this distinguished parliament in the way directed by the President.” Said Minister Imran.

The MDP parliamentary group, which has a supermajority in the parliament, has voted to dismiss the motion of no confidence.

Ziyath agrees to confess to 32 charges under plea deal