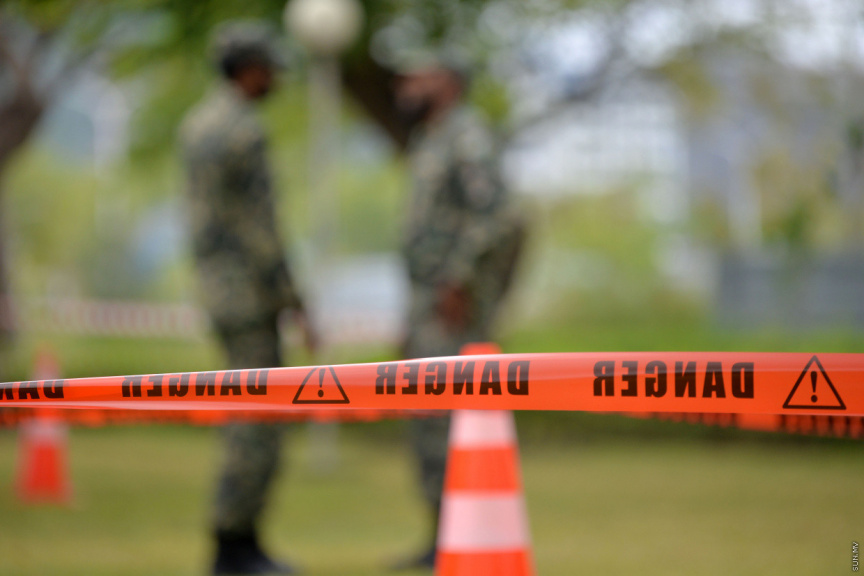 February 13, 2020: An area cordoned off due to a bomb disposal exercise by MNDF. (Sun Photo/Fayaz Moosa)

Six individuals arrested in a police operation to foil a possible terrorist attack have been remanded to custody.

Police foiled the terror attack being formulated by extremists in a special operation on Wednesday based on intelligence information.

Police confirmed that an individual was arrested from the capital Male’ as well as one from a boat at sea and two from the island of Th. Thimarafushi.

Out of those arrested the 18-year old man was remanded to custody for five days while all remaining others were placed in custody for 15 days under a court order.

No specific details of the act were disclosed by the Police. A total of six were arrested, according to Police.