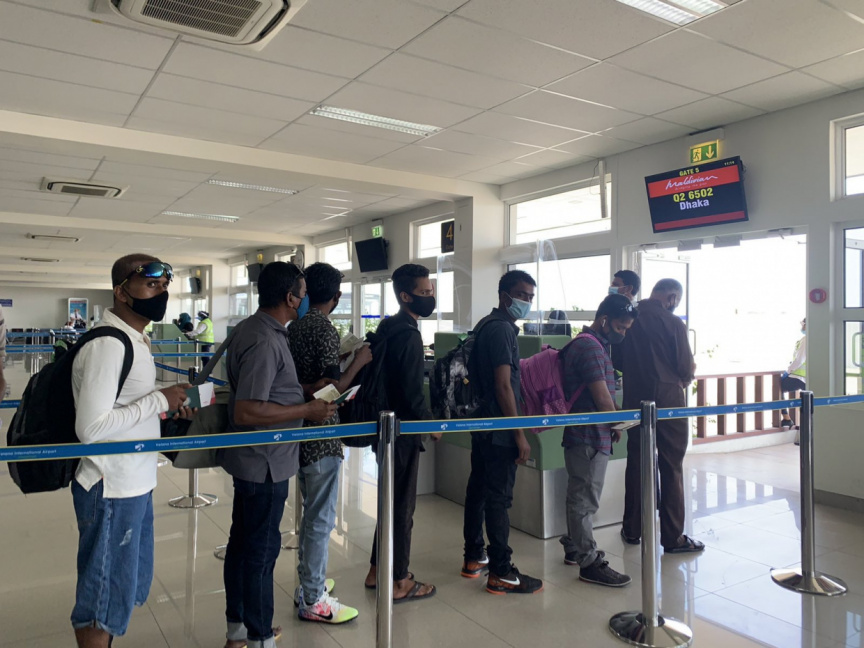 A further 200 Bangladeshi nationals have been repatriated from the Maldives.

National carrier Maldivian said that those repatriated included individuals without proper documentation as well as individuals who wished to return for other reasons. So far, government collaborative efforts have seen more than 8,000 expatriates repatriated.

A Maldivian flight carrying 200 more expatriates departed to Bangladesh today again. This is the 43rd such flight by Maldivian.

Maldivian Economic Minister Fayyaz Ismail has previously said that the government was targeting to repatriate 20,000 expatriates by the end of 2020. There are an estimated 63,000 expatriates without proper documents in the Maldives.