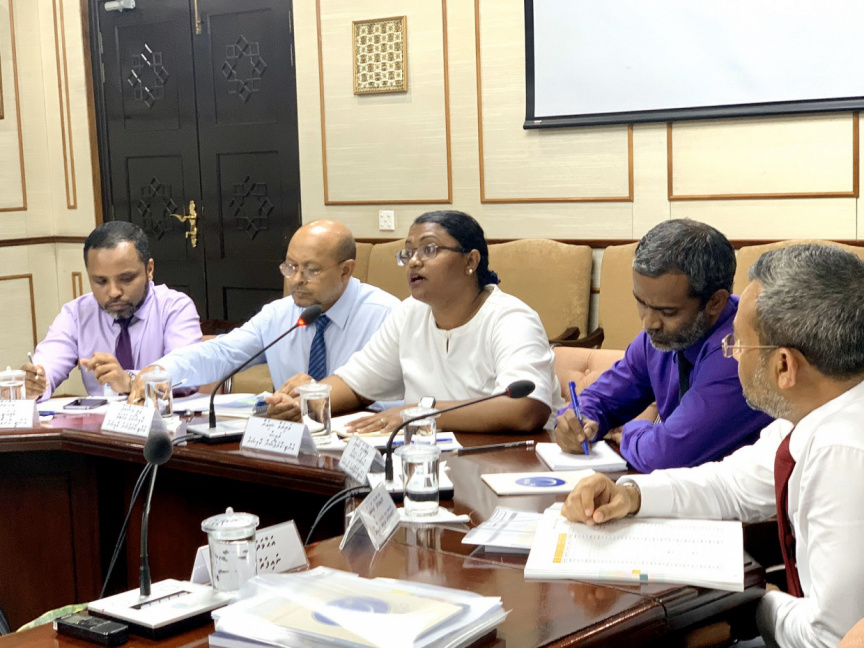 Anti-Corruption Commission (ACC)'s President Mariyam Shiuna (C) accompanies by other members of the commission during a meeting with the Parliament's Budget Committee. (File Photo/People's Majlis)

A move for the removal of members of the Anti-Corruption Commission has failed in the parliamentary on Independent Institutions.

The move against the ACC members was proposed by MP for Inguraidhoo Hassan Ahmed. In a committee meeting today, most MPs found that there was insufficient reason to remove the members.

Only two MPs voted for the move.

The ACC faced a backlash following a decision by the PG against bringing charges in the ventilator scandal into the Health Ministry which the ACC conducted an investigation into. The PG office found insufficient evidence to bring charges in the case, leading multiple MPs to criticize the ACC and question the quality of investigations.

ACC had defended its work on the case and stated that there was enough evidence to bring charges against those involved in the scandal. The ACC had requested charges against former Health Minister Abdulla Ameen as well as Deputy Minister Nishaama Mohamed.

34 put forth applications for ACC membership

Probe of 60 new cases pending at ACC as no members

No confidence motion against Home Minister