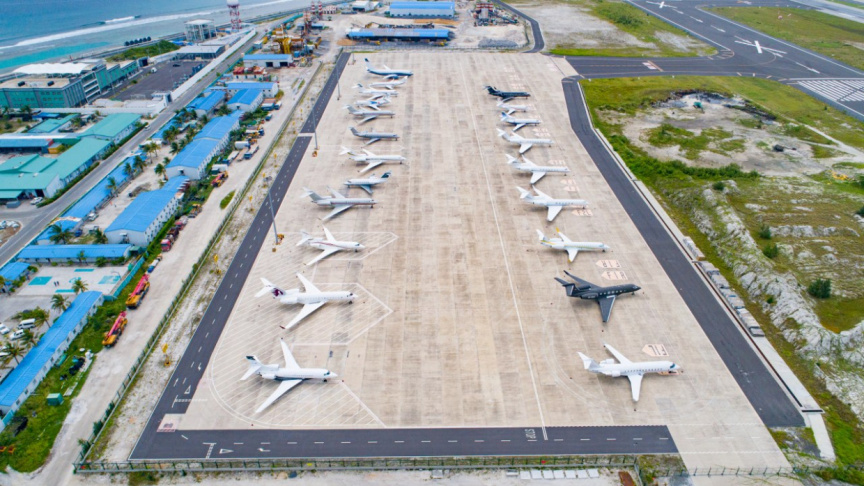 The number of chartered jets and private jets arriving at Velana International airport is on the rise.

The Maldives officially reopened its borders on July 15, after COVID-19 hit the nation in March.

Maldives Airports Company Limited (MACL) stated that private jets arriving in the Maldives were increasing on a monthly basis.

The number of tourist arrivals as well as the number of scheduled flights are both on the rise following the reopening. Private jets to Maafaru Airport in the north is also on the rise subsequently.