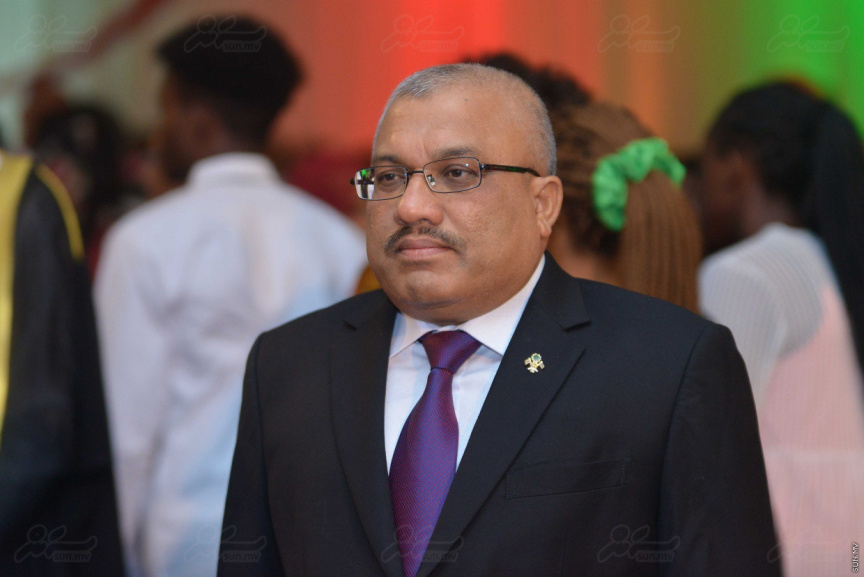 The Prosecutor General’s Office has filed a corruption charge against former Vice President and Finance Minister Abdulla Jihad with the Criminal Court in connection to the project to develop K. Fushidhiggarufalhu as a special tourism zone.

Jihad has been charged with using the influence of his position to obtain or confer an undue advantage in a manner which precludes an advantage to state where a benefit exists under Article 13 (b) of the Anti-Corruption Act with reference to Article 13 (a) of the Act.

The Prosecutor General’s Office filed the charge against Jihad with the Criminal Court this Sunday.

The charge followed an investigation into the Fushidhiggarufalhu project by the Commission on Corruption and Asset Recovery.

Under the advisement of the National Planning Council, the Cabinet made the decision to make a joint venture agreement with 50 percent government partnership to develop Fushidhiggarufalhu as a special tourism zone on November 29, 2011. It was decided that the government will not put up any capital, and will receive land rent from the project.

According to the charge against him, he, as the Finance Minister, signed an agreement with Prime Capital Maldives Limited to form a joint venture to develop Fushidhiggarufalhu as a special tourism zone on January 13, 2013 with 25 percent government share instead of a 50 percent government share as had been decided by the Cabinet, acting in clear contravention of the Cabinet’s decision for no credible reason.

In accordance with the National Planning Council and the Cabinet’s decision, the State would have earned USD 411,720,000 as land rent and USD 192,993,750 as prime location charge over a period of 50 years.

The case had been lodged with the Anti-Corruption Commission (ACC) on August 29, 2013. However, ACC closed the case, finding no wrongdoing in the transaction, on February 16, 2016.

The Prosecutor General’s Office said that it requested the Corruption and Asset Recovery Commission to conduct a separate investigation into the case, which it described as one which involves “blatant corruption”, based on sufficient ground to believe the ACC’s decision involved corruption.

The charge against Jihad carries a sentence of 5 years of imprisonment, banishment or house arrest.