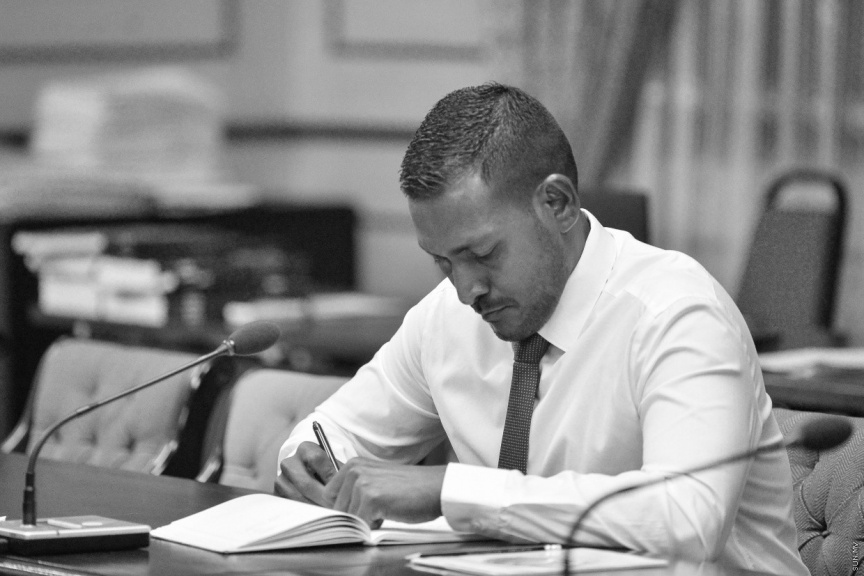 Prosecutor General Hussain Shameem apologized on Thursday, after a public prosecutor from his office revealed confidential information pertaining to a rape victim, a minor, during a parliamentary committee meeting which was being broadcasted live.

The incident took place during a meeting of the Parliament’s Human Rights and Gender Committee on Wednesday for review of a legislative amendment to the Sexual Offenses Act to make collection and forensic analysis of evidence collected from rape victims using rape evidence kits mandatory.

The meeting was attended on behalf of the Prosecutor General’s Office by Public Prosecutor Fathimath Nabaha.

Speaking during the meeting, Nabaha said that it is important that consent from victims for use of rape evidence kits to be in the written form, and spoke of a specific case as an example to make her point.

She revealed the name of the child rape victim, and said that many of the institutions represented at the meeting were familiar with the case.

She revealed detailed information on the situation the victim had been in, the identity of the rapist, and what happened following the rape.

Human Rights and Gender Committee chair, Hinnavaru MP Jeehan Mahmood made no move to stop her as she revealed the confidential information in a meeting which was being broadcasted live.

Both the Prosecutor General’s Office and Jeehan have been hit with criticism over the incident.

In a tweet on Thursday evening, Prosecutor General Shameem apologized for the incident and said that it had been a “genuine mistake”.

He said that the staff had been unaware the meeting was being broadcasted live.

“We’ve made arrangements to make sure this won’t repeat again,” he said.

A genuine mistake yesterday at Majlis by PGO staff. Apologies! They weren’t aware it was broadcasting live. We’ve made arrangements to make sure this won’t repeat again.

It’s how we best we fail that define how good we become.

Information pertaining to victims of sexual offenses that may give even the slightest hint to their identities is protected by law.

(a) This Act does not permit revealing any information that may give a hint as to the identity of the victim, in reporting or publishing reports on investigation and trials relating to an offence of rape, sexual injury or sexual assault.

Information pertaining to child victims is also protected under the Child Rights Protection Act, which prohibits the release of the name, address, place of education, or any other personal information which may directly or indirectly lead to the identification of children who are victims of crimes or are entitled to care and protection for any reason.