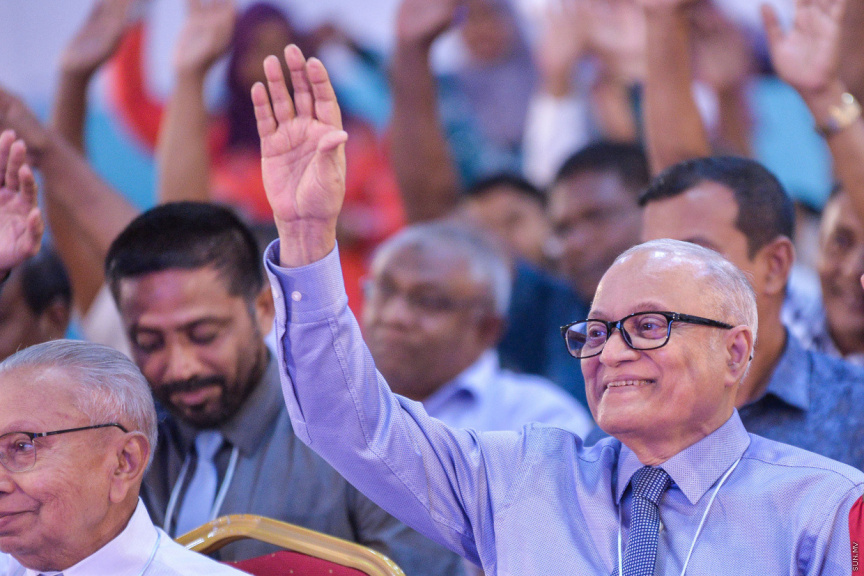 Dhivehi Rayyithunge Party (DRP)’s council has made the decision to file a lawsuit against the party’s founder, former Maldivian President Maumoon Abdul Gayoom to cover the debts incurred by the party during his leadership.

DRP said they continued to receive bills for the debts, and the party’s council has therefore made the decision to sue Maumoon to hold him responsible for the debts.

DRP’s current leader, Kaashidhoo MP Abdulla Jabir told Sun the party will file the lawsuit against Maumoon within a week.

“This is being carried out at post-haste. The case will be lodged with the court within a week’s time. The lawyers are working on it,” he said.

DRP has stated that in addition to deciding to sue Maumoon, the council has also decided to suspend payment of debts until the court case is settled.

Maumoon had run in the 2008 presidential elections as a DRP candidate. But he left the party following conflicts with its then-leader Thasmeen Ali. The decision by Maumoon to leave DRP created a rift within DRP – leading to the formation of Progressive Party of Maldives – founded by Maumoon and joined by his loyalists within DRP.

The plans to file a lawsuit against Maumoon comes after Jabir attempted to make a similar move over the non-payment of a MVR 29 million loan which he said he gave to Maumoon to campaign for the current coalition government during the 2018 elections.