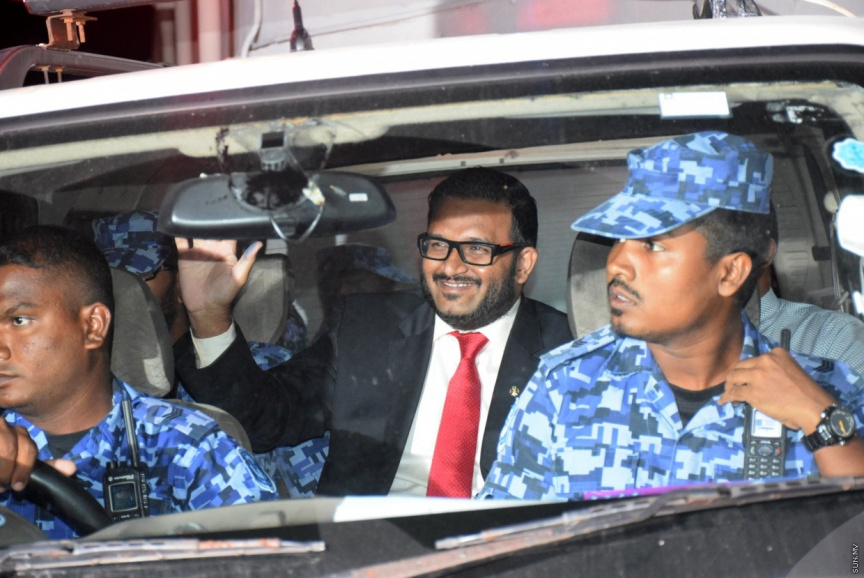 The Criminal Court of the Maldives has announced that a verdict in the case of former Vice President Ahmed Adeeb Abdul Ghafoor will be issued at 18:00 today.

The case against former VP Adeeb stems from seven charges made by the state against him for his involvement in the massive MMPRC scandal. Adeeb had plead guilty to the charges in a hearing on Thursday.

Adeeb requested for a reduction of the 20-year sentence requested by the state under the plea deal, leading to Judge Hassan Saeed granting time for discussions between the state prosecution and defense.

However, no such reductions have been negotiated. Under the agreement with the state, a 20-year sentence and a fine of USD 2 million will be issued, which is expected to be followed through in today’s scheduled verdict hearing.

The presiding judge, in today’s hearing, had initially scheduled for a verdict in the case to be issued on October 12, however, this was refused by the state, leading to a 20-minute interruption of today’s hearing.

After the brief hiatus, Judge Hassan Saeed announced that the verdict hearing will be at 18:00 today.

Initially, Adeeb who is alleged to have been one the leading figures behind the MMPRC scandal was charged with more than 30 offenses. However, the charges were later withdrawn.