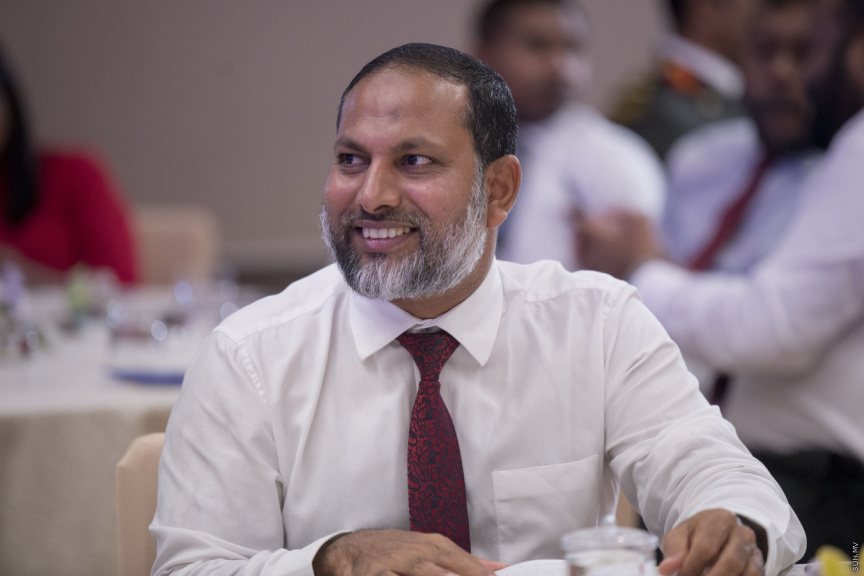 Home Minister Imran Abdulla has denied that his party Adhaalath Party benefited from the tainted money of the MMPRC scandal.

The Home Minister commented so after former Vice President Ahmed Adeeb Abdul Ghafoor, who played a major part in the scandal, said that no political party was exempt from benefiting from the massive scandal.

Adeeb was speaking at his trial at the Criminal Court yesterday when he said so. Seven charges are being levied against him for his part in the scandal.

Home Minister Imran Abdulla tweeted last night that his party, the Adhaalath Party was the first to speak out against the acts of corruption in President Yameen’s administration.

He said that he wished to assure the public and party members that Adhaalath Party had not benefited from the scandal no matter the allegations. He also called for the full disclosure of everyone involved in the scandal without any delay.