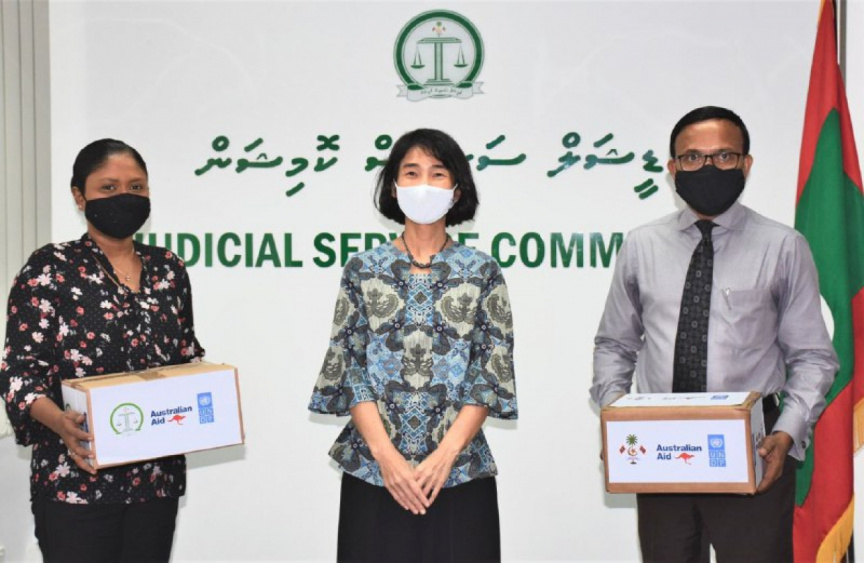 The equipment was handed over by the UNDP Resident Representative to Maldives, Akiko Fuji, in a ceremony held at JSC headquarters on Thursday.

JSC said the equipment will support holding open hearings, and running the courts under a single platform.

JSC said it will also provide significant solutions to many of the issues facing the commission in providing services.

Speaking at the ceremony, Hisan said measures taken to curb the ongoing coronavirus pandemic should not prevent the judiciary from functioning and delay justice.

She said the judiciary will continue to work to overcome such challenges.

UNDP is currently engaged in six consultancy programs to improve the efficiency of the judiciary.