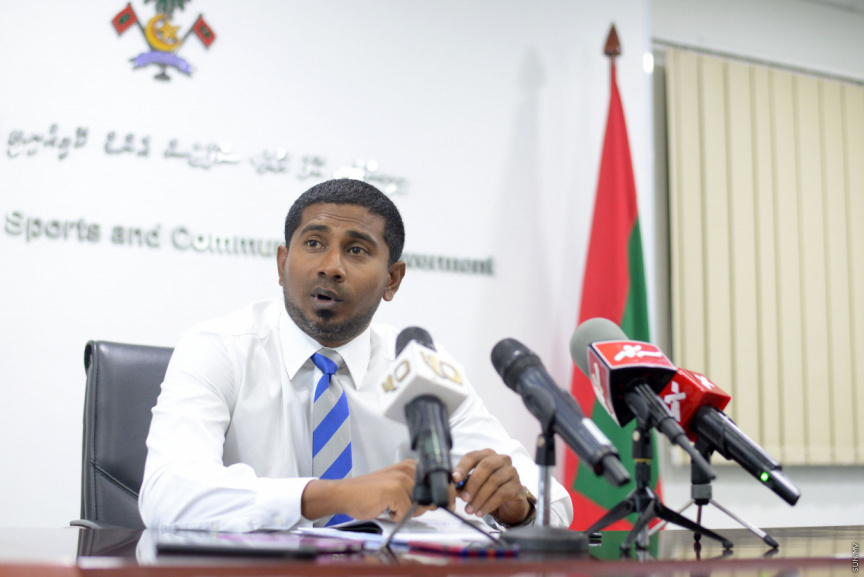 Sports Minister Ahmed Mahloof during a press conference on May 12, 2019. (File Photo/Sun/Fayaz Moosa)

Minister Ahmed Mahloof announced on Thursday that the Youth, Sports and Community Empowerment Ministry will begin publicizing information on tender evaluations next week.

In a tweet on Thursday night, Mahloof said he believes in the importance of having the information publicly available.

Finance Ministry described the decision to publish the information as an important step in its efforts to improve the efficiency of the financial affairs of the state, and improve transparency.

According to the Finance Ministry, the summary reports, which have been released on its website, includes the contractors who applied for the project, the quoted price, and whether or not they passed the evaluation process, and justification for selection or rejection.

Sports Ministry has carried out a record number of projects over the last two years. Mahloof has previously stated that the projects were awarded to contractors following proper evaluations.

Park projects in 52 islands to be initiated this year

Labaan appointed to a political position at Sports Min.