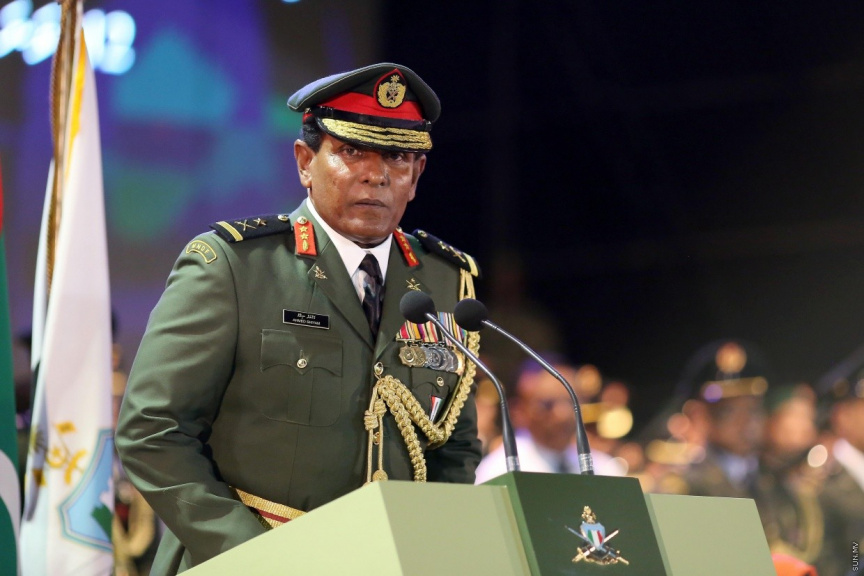 Anti-Corruption Commission of the Maldives has said that the accommodation of the father of former Chief of Defense Force General Ahmed Shiyam, in the Coastguard Maritime Rescue Coordination Center did not involve any acts of corruption.

The center’s VIP residence, located in K. Vilingili, was resided by the father of the former Chief of Defense from July 2017 to December 2018.

No undue or unfair advantages were obtained by the Chief of Defense in relation to his father residing at the accommodation. ACC began investigating the case in April 2019 and ruled that the case did not involve acts of corruption in November 2019.

Under the Anti-Corruption laws of the Maldives, it is unlawful to utilize state property for personal purposes or advantages. In the case of General Shiyam, ACC instructed the revision of the investigative report into the matter.