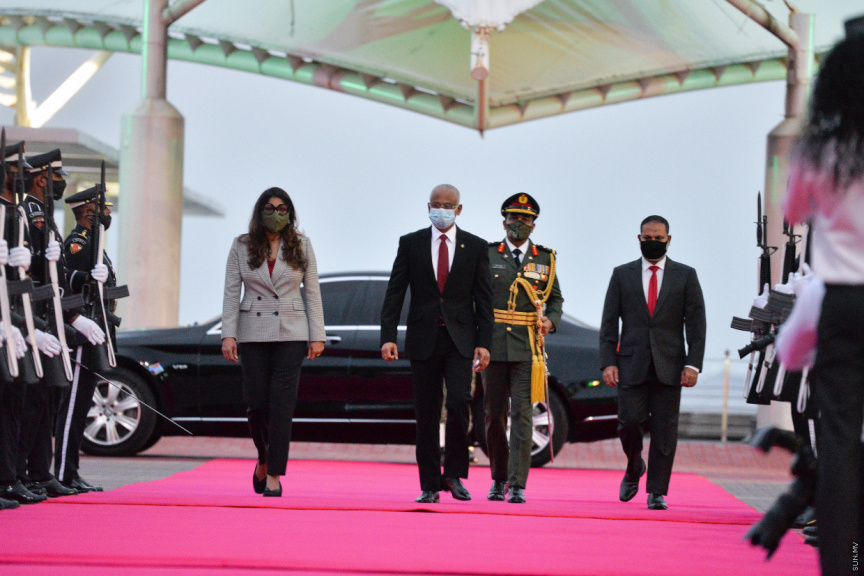 The Defense Minister of the Maldives Mariya Ahmed Didi has assured that the sovereignty and independence of the country would be maintained by the defense force who will remain dedicated to the cause.

Speaking in a video message on the occasion of the 55th Independence Day of the Maldives, the Minister said that the historically strong sovereignty of the nation was due to the wisdom of the ancestors of the country, and noted that the actions of these historical figures were very thoughtful.

She said that it was a massive task and responsibility to carry on this independence and sovereignty to the future generations.

Instead of the usual festivities, the nation saw a flag hoisting ceremony and an address by President Ibrahim Mohamed Solih.

'Indian military personnel in Maldives will be unarmed'

'Work done by Customs is integral to national security'

Mariya summoned for questioning in May 6 inquiry