Nasheed: Attempts are made to include Maldives in IS dominion 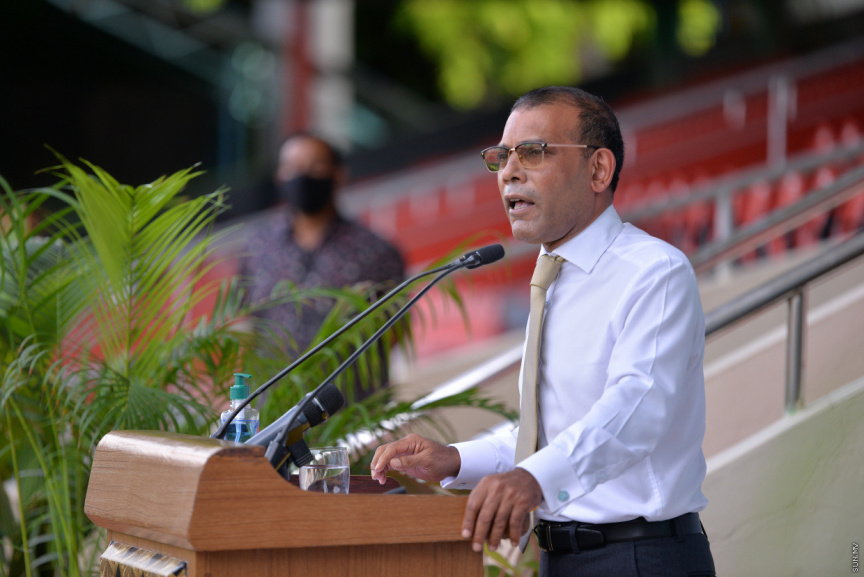 Parliament Speaker, former President Mohamed Nasheed at the ceremony for the hand over of outdoor fitness equipment for 61 islands on July 13, 2020. (Sun Photo/Fayaz Moosa)

Speaker of the Maldivian Parliament Mohamed Nasheed has berated attempts to make it seem as if the extremist terrorist organization Islamic State has a part in the Maldives.

Speaking during his address to the nation on the 55th Independence Day of the Maldives, Speaker Nasheed who was a former President said that the nation was home to different ideologies now and that there were attempts by some to include the Maldives in the ideology for a united Arabic empire.

“As you are aware, there is a network by IS to include the Maldives in its dominion which is a part of its effort. This is clear to the Maldivian institutions.” Said Nasheed.

He said that it would not be allowed even though there were attempts for this.

“Maldivians and the defense force, I am sure, will not surrender even a gap of the country’s sovereignty.” Said Nasheed who also made barbed comments about Chinese influence in the region.

The Commission on Deaths and Disappearances has previously stated that there was a network of extremists operating in the nation, behind abhorrent crimes. Arrests in relation to the network have also been made by Maldivian authorities.