Nasheed: An outsider dominating the region is not beneficial 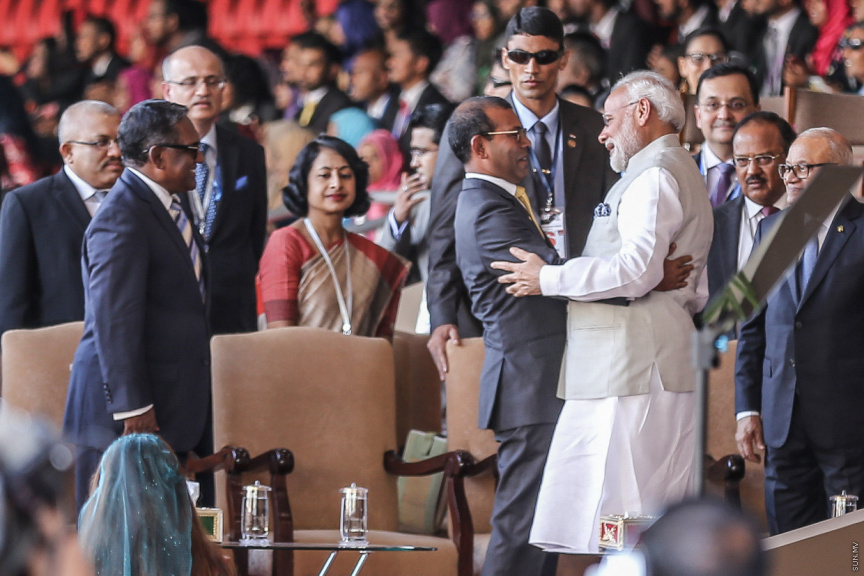 It is not beneficial when a country not from the region or Indian ocean tries to dominate the region, Speaker of the Parliament Mohamed Nasheed has said.

Addressing the nation on the occasion of the 55th Maldivian Independence Day, the former President and current Speaker of the Parliament Mohamed Nasheed directed barbed attacks in the form of words towards China.

He said that it was historically evident that domination of the region by an outside power was not beneficial.

“The picture is very clear historically when a nation from outside of the Indian ocean is left to do this (dominate). It is accepted by Maldivians that it is not beneficial when a country not from the Indian ocean tries to dominate the area, be it the Portuguese, British, or the Malabars.” Said Nasheed.

“God willing, the independence of the Maldives would remain. I have no doubts about it. I don’t see any way or manner how our independence could be shaken, by any other power.” Said Nasheed.

The Speaker also noted the historically close ties with the Kannanur kingdom and the Maldives.

“Sometimes from anger, sometimes with love, (the ties were close). The letters sent by the Kannanur Bibis to Maldivian sultans is still visible from the historical artifacts of the Maldives and the archives in the UK, even today.” Said Nasheed.

The anti-China rhetoric of the Speaker on the Independence Day is synonymous with his previous antagonistic approach towards the nation as well. Nasheed is a strong critic of China and has even described the loans obtained by the previous administration from China as debt traps. He has even been involved in a war of words with the Chinese Ambassador in the Maldives.

'Attempts are made to include Maldives in IS dominion'