President calls on politicians to work in unison with govt. for national interest 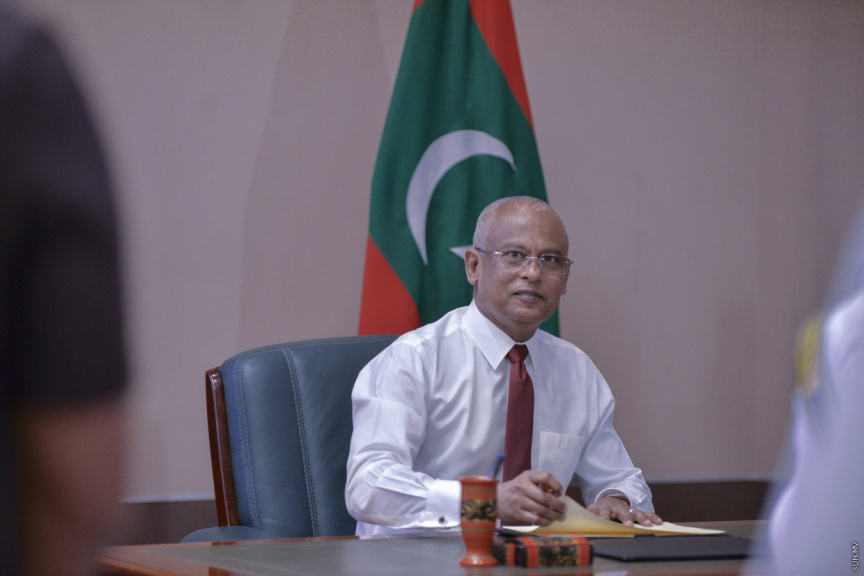 Addressing the nation on the occasion of the 55th Independence Day of the Maldives, President Solih has called on political figures across the nation to work with the government in unison in matters related to the national interest.

The President said that he would listen to the voices of the opposition in his bid to develop the nation through a multi-party democracy. He reminded that the constitution was also based on the collective participation of everyone with different ideas and mindsets, in running the country.

Even if there was a difference of opinion, everyone should unite in matters of national interest.

“Making way for divisions, as part of political rivalry in everything is not the most appropriate.” Said the President.

“In matters of national interest, I call on all politicians to work with the government. I will always welcome your ideas and advice.” Said the President.

President Ibrahim Mohamed Solih also said that a country would always face threats to its independence if there was no life to the economy of that country.

The President noted that the Independence Day of any country was a day celebrated extremely colorfully with high hopes for the future. The President said that the journey of the Maldives since gaining independence and up until now was something to give a thought about.

The President said that at a time when the entire world was under a dark cloud due to COVID-19, that there was not a single family in the Maldives, who were not overshadowed by the virus as well.

“The economic strain is the prime reason behind any influence on the sovereignty of a nation. If there is not life in the economy, that country would be faced with an ever-present threat to its sovereignty.” Said the President.

A special du’a was also recited at the ceremony and was led by the imam of Masjid Al-Sultan Mohamed Thakurufaanul Auzam, Imam Nasrullah Ali.