Moosa resigns from HRCM in face of no-confidence motion 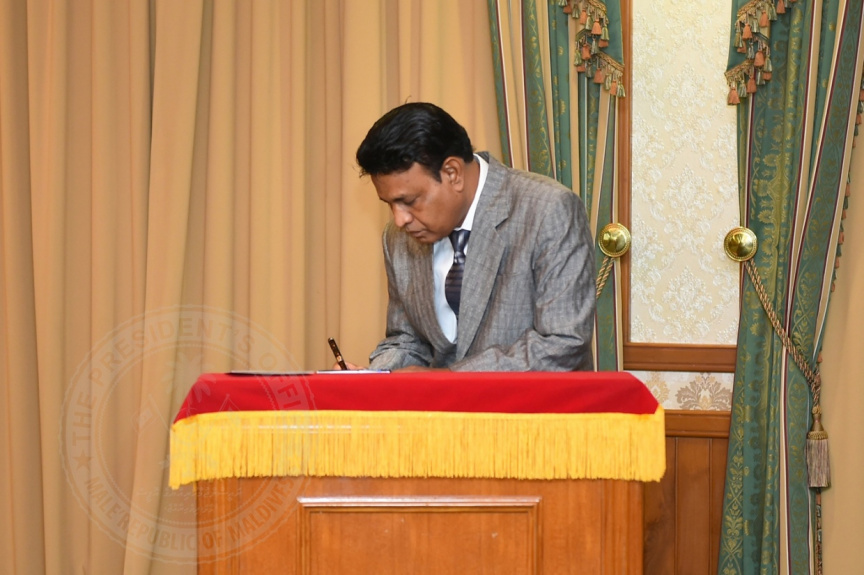 Moosa Ali Kaleyfaanu has resigned from the Human Rights Commission of Maldives (HRCM), citing “lack of room to execute the responsibilities of the position with independence and autonomy”.

His resignation comes after the Parliament’s Human Rights and Gender Committee voted in favor of holding a no-confidence vote to dismiss him from HRCM.

Moosa Ali Kaleyfaanu was appointed to the HRCM on August 27, 2015, during the former Maldivian President Abdulla Yameen Abdul Gayoom’s administration.

Moosa Ali Kaleyfaanu is suspected to embezzling MVR 1.4 million during his time as NDMA’s director general between 2007 and 2010. The police had investigated both him and eight more officials in connection to the case, and had even arrested Moosa Ali Kaleyfaanu in 2013. The police completed its investigation into the case and forwarded the case to the Prosecutor General’s Office for charges in 2014, but the case was rejected citing “incomplete information” in 2016.

HRCM’s president Aminath Enas and member Aishath Afreen Mohamed have also tendered their resignation in face of no-confidence motions initiated against them.