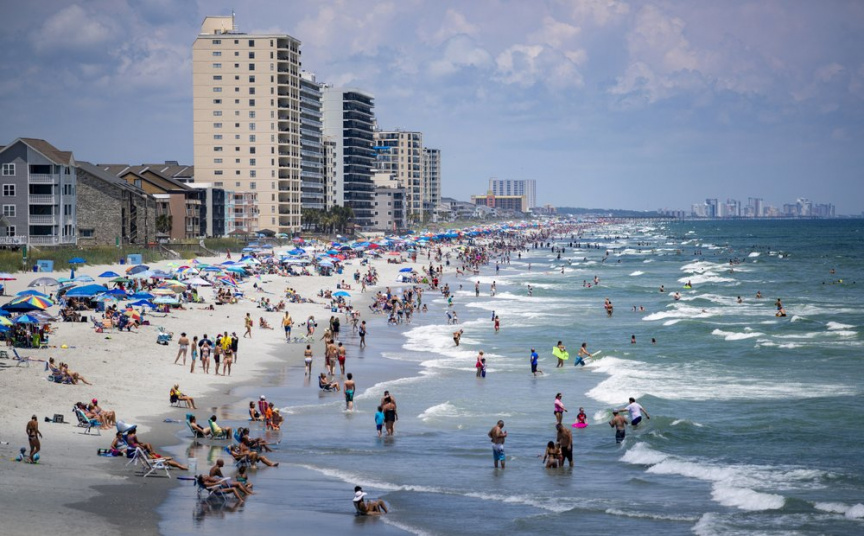 The university’s tally as of Saturday night says the United States tops the list with 140,103 deaths. It is followed by 78,772 fatalities in Brazil and 45,358 in the United Kingdom.

The number of confirmed infections worldwide has passed 14.2 million, out of which 3.7 million are in the United States. There are over 2 million in Brazil and more than 1 million in India.

The World Health Organization again reported a single-day record of new infections with 259,848.

The Health Department reported 7,615 more cases Saturday and 578 more deaths. That brings Mexico to a total of 38,888 confirmed COVID-19 deaths since the pandemic began and 338, 913 cases. Those numbers are widely considered significant undercounts because Mexico has done so little testing. Government labs have administered slightly more than 800,000 tests so far, or about one out of every 150 people in the country with a population of nearly 130 million.

Mexico had hoped to begin a gradual reopening starting in June, but several states have had to reverse course, closing beaches and hotels again.

South Africa on Saturday reported 13,285 new confirmed cases for a total of 350,879. That puts the country ahead of Peru and makes up roughly half the cases in Africa. The only four countries with more confirmed cases — the U.S., Brazil, India, and Russia — all have far more people than South Africa’s 57 million.

The virus arrived on the continent a little later than elsewhere, giving officials more time to prepare, but Africa has fewer health care resources than any other region and South Africa’s public hospitals struggle to handle the growing number of patients.

Gauteng province, home to Johannesburg and the capital, Pretoria, is now Africa’s epicenter for the virus. It has one-quarter of the country’s population and many of the poor are crowded in township areas with inadequate access to clean water and sanitation.

South Africa has seen 4,948 reported virus deaths, but the South African Medical Research Council in its most recent report shows the country had 10,944 “excess deaths” between May 6 and July 7.

Thousands to walk off job to protest racial inequality