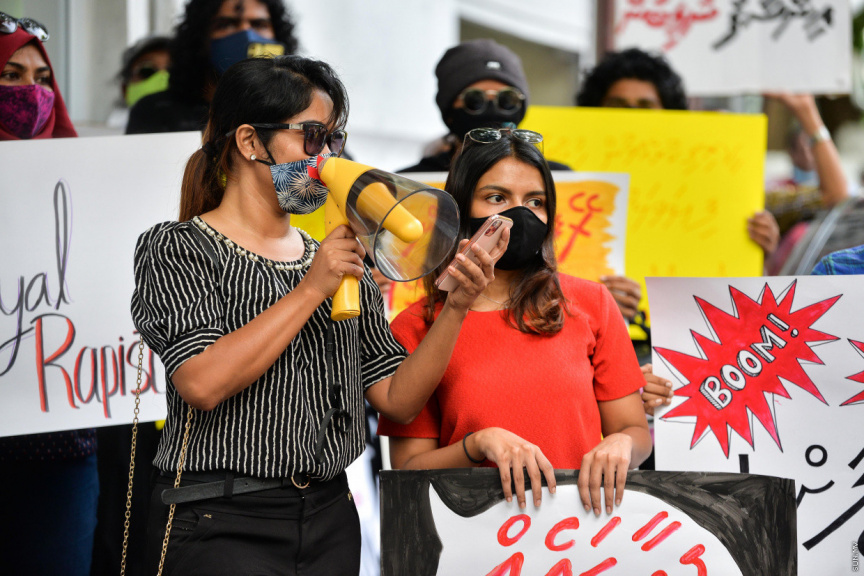 Public gatherings in locations other than the carnival area in Male’ City will be required a written permit from the police, the Home Ministry has announced.

The amendment to the law regarding the freedom to protest had drawn stark criticism from the MDP and JP political parties when the amendment was passed by the PPM majority parliament of the former administration.

The amendment states that only the carnival area of the capital would be permitted for public gatherings that do not require a written permit from the police.

The political parties had even vowed to revoke the amendment.  However, after coming to power, Home Minister Imran Abdulla who is part of the governing coalition of MDP, JP, MRM, and AP said that the revocation of the amendment would send tremors through the entire system.

The best way to address the issue would be to provide as much opportunity for freedom of protest without revoking the amendment, which can be easily done in the MDP controlled parliament.

The Home Ministry’s reminder of the amendment comes at a time when the capital has seen a number of protests. They include worker’s rights protests, anti-child abuse protests, anti-sexual abuse, harassment, and rape protests.

Health Protection Agency (HPA) has also advised against such gatherings at a time when the threat of COVID-19 still very much existed in the capital.