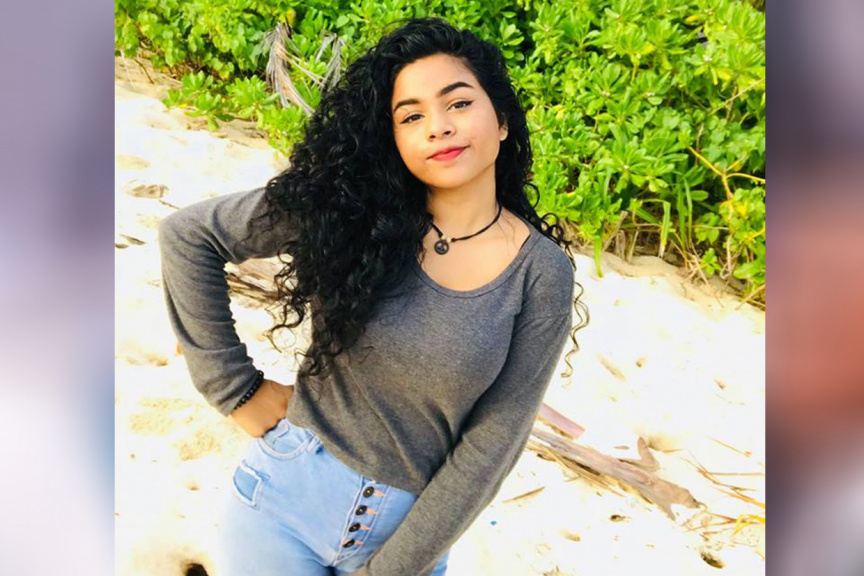 A dinghy discovered submerged in the waters of L. Atoll has been determined as possibly the dinghy that was used to transport Aminath Shima Naafiz (19) who was reported as missing at sea in February 2019.

Shima was traveling on a dinghy from the island of L. Kadhdhoo to L. Maamendhoo when the dinghy capsized. She was reported missing, and not a single trace of her has been found so far.

Police have now begun a search operation to locate the dinghy under the possibility that it was the same dinghy used to transport Shima. A group of divers discovered the dinghy near the waters of L. Fonadhoo and reported it to the police.

The prime suspect in the disappearance is Ibrahim Fazeel from L. Gan who was with Shima on the dinghy when it capsized. Fazeel has previously said that he had given Shima a petrol tank to float on after the dinghy capsized. He had swum off to get help from the nearby Six Senses resort afterward.

Shima’s family do not accept this account of events from Fazeel and police even searched the nearby island of L. Gaadhoo, near Maamendhoo after allegations that Fazeel was taking Shima to another island.

Police later dismissed this assertion that Fazeel was taking Shima to another location.

However, authorities have previously said that there were contradictions in Fazeel’s account of events. This was nevertheless, not enough to prove that Shima’s disappearance was intentional, according to Police.