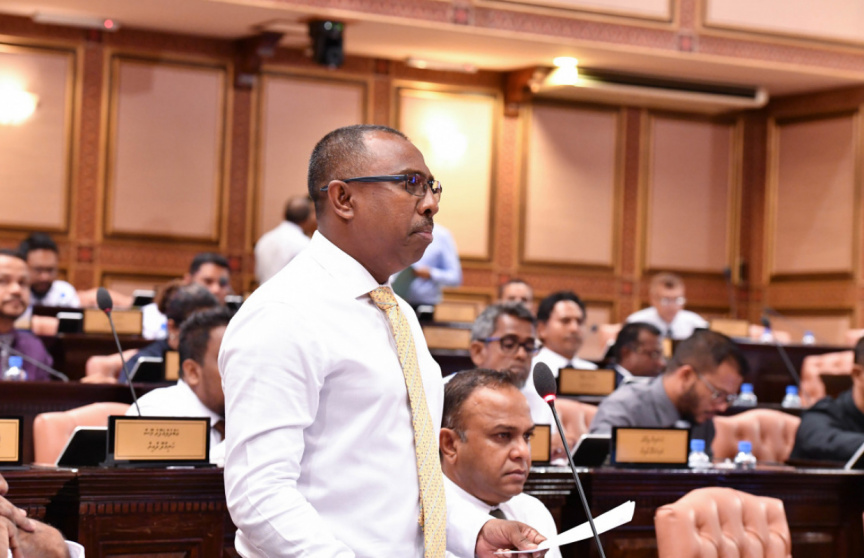 MP Azim’s statements said that the decision to challenge the government and hold the elections were unconstitutional. MP Azim submitted a motion to the parliament. Parliament’s Committee in Social Affairs has even requested the Sports Ministry to delay the elections due to the issue being under review. The Ministry, in turn, has requested the FAM to do so.

MP Azim who is a leading figure of the governing party MDP caucus in the Parliament tweeted that the election held today was unconstitutional and called on the Sports Minister Ahmed Mahloof to declare the same.

“Sports Minister Mahloof must declare the FAM election held against laws and regulations and in the face of the government as void. The Public wishes to see a lawful state being run in this country.” Tweeted MP Azim.

FAM’s election was held soon after a football’s governing body FIFA issued a stark warning of a suspension to the Maldives due to efforts to halt the FAM’s operations by the state.

Incumbent president Bassam was elected for another four years without anyone contesting for the post. FAM has been on the receiving end of criticism from both the public and the state due to its conduct.

However, Bassam enjoyed the support of all football clubs in the country when he was elected. Regulations of the association were also amended today to allow a contestant to be elected without a vote if all clubs unanimously agree on the candidate.