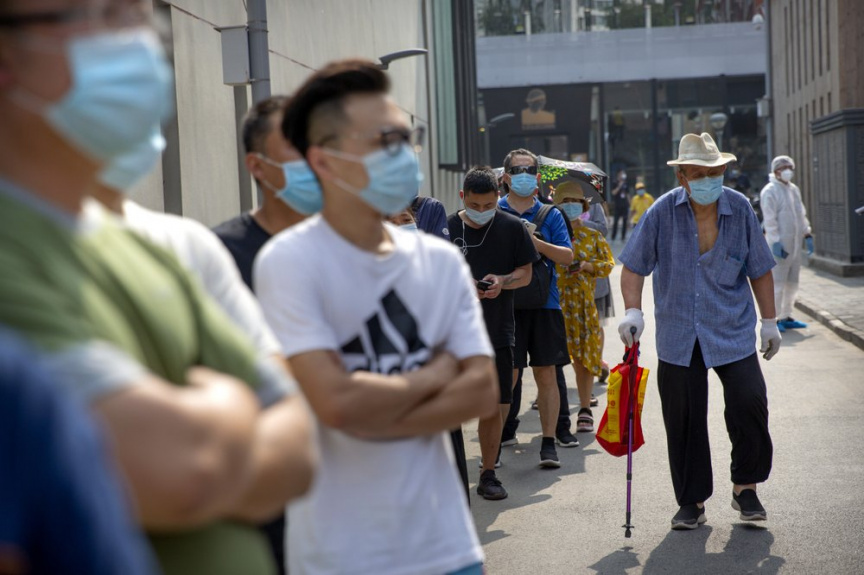 SEOUL, South Korea (AP) — South Korea has confirmed 62 additional cases of the coronavirus over a 24-hour period, as the country continues to grapple with new clusters after easing social distancing rules.

The additional cases reported Sunday took the total to 12,715 with 282 deaths.

The Korea Centers for Disease Control and Prevention says 11,364 of them have recovered while 1,069 remain in quarantine for COVID-19 treatment.

The agency says 40 of the newly reported cases were domestically infected while the rest 22 came from overseas. It says 26 of the 40 domestic cases were detected in the densely populated Seoul metropolitan area.

South Korea has been struggling to suppress a spike in new cases since it eased up on its rigid social distancing rules in early May. The new cases have been linked to nightclubs, church services, a huge e-commerce warehouse and low-income workers.

— China is reporting 17 new confirmed cases of COVID-19, all but three of them from domestic transmission in Beijing, which has seen a recent spike in coronavirus infections. But authorities in the Chinese capital say a campaign to conduct tests on employees at hair and beauty salons across the city has found no positive cases so far, in a further sign that the recent outbreak has been largely brought under control. No new deaths were reported Sunday, leaving China’s reported total at 4,634 among 83,500 confirmed cases. Tens of millions of Chinese traveled during the three-day Dragon Boat Festival that ended Saturday, but anti-crowding measures were in force nationwide. Tourist sites were required to cap visitor numbers at 30% of capacity.

— Australia’s Victoria state has stepped up efforts to contain a spike in COVID-19 cases by ordering mandatory testing of all travelers returning from overseas. The state government said Sunday that travelers in mandatory quarantine will be tested twice — on the third and 11th days of their 14-day isolation. Victoria Premier Daniel Andrews said those who refuse to comply will be required to remain in quarantine for a further 10 days to ensure they pose no risk to the wider community. A total of 49 new cases of the coronavirus were recorded in Victoria on Sunday, continuing a sharp rise in recent days. Australia’s most populous state, New South Wales, on Sunday reported three new cases while Western Australia reported just one.