Survey begun to determine cause of withering wetlands of Neykurendhoo 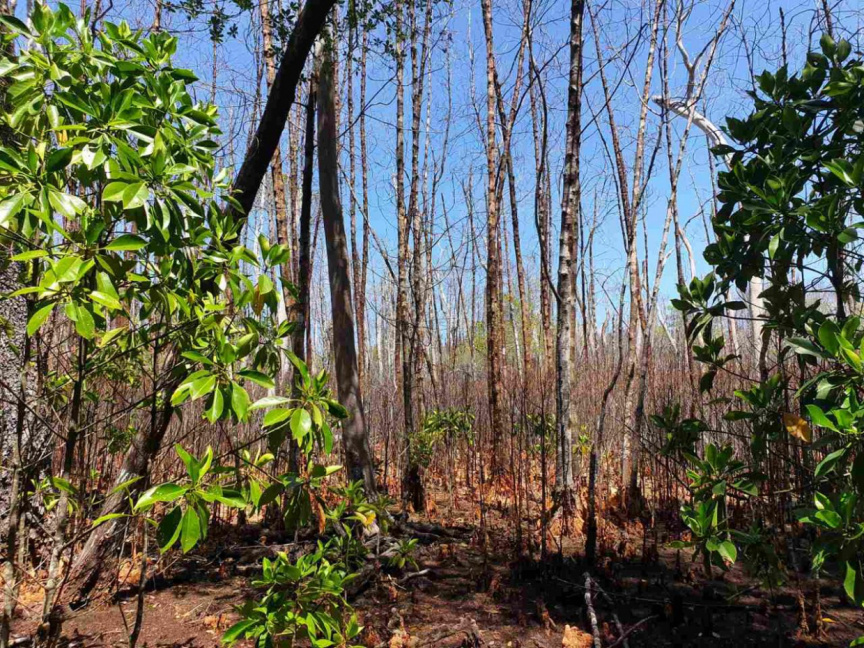 A survey has been commenced to find out the reason for the decay of some of the largest mangroves in the nation in H. Dh. Neykurendhoo.

The area has been plagued by an unknown phenomenon since March, leaving the trees yellowed and dried up. The island Council has previously expressed concern over the phenomenon that was devastating the area. The mangroves of Neykurendhoo are a protected area of the country and the matter was brought to the attention of the relevant authorities.

The survey funded by the Neykurendhoo Council and Human Ecology Council of the Commonwealth is to be carried out with the technical support of environment group Save Maldives and International Conservation of Nature’s Mangrove Specialist (IUCN MSG) and mangrove research organization Mangrove Action project.

The Council has also held a meeting with the residents of the island regarding the matter.

Speaking on behalf of Save Maldives, Adam Isham said that work was commenced with people of all ages taking part today. The project is being carried out according to the guidelines of HPA.

“Today, we visited the Small Leafed Orange Mangrove area, collected samples, and took video footage for documentation. A drone was used to research the area,”

“The main purpose of this is to identify the cause of the decay of the mangroves, and find out what can be done to conserve the area with the people,” said Isham.

Sharaf Thoha is leading the technical area of the survey. He said that the survey will identify changes that occurred to the marine life of the mangroves.

“The trees in the area, the species, the changes to the trees, leaves, organisms in the water, worms, crabs. Whether they have increased or decreased,” said Sharaf.

Four samples were collected to test the water of the area which will be processed in the MWSC laboratory, said Sharaf.

Sharaf said that the survey has so far identified a previously unseen worm from the area as part of new developments.

He also added that the field survey guideline for the project was provided by the IUCN Mangrove specialists group and the Mangrove Action Project.

Kendhikulhudhoo Council said that it has been happening for years in the island, and first started after the 2004 Tsunami disaster.

Mangroves are of importance to local communities. Wood from the trees has been used to make boats previously, and people even utilized the plants as a food source during scare times such as WW2.

3 arrested for unauthorized travel to Neykurendhoo