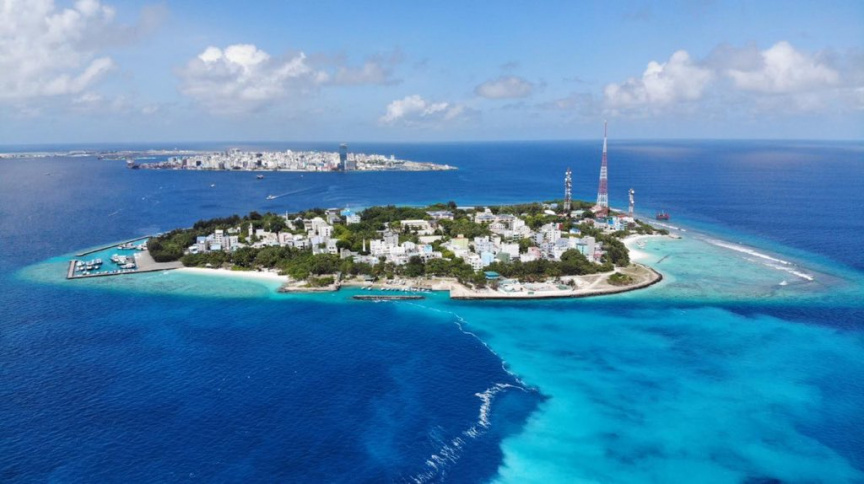 Sand drifting from Gulhifalhu are pictured reaching the neighboring island of Vilimale'. (Photo/Save the Beach)

The Parliament’s Environment and Climate Change Committee has decided to propose to the government for the construction of 6,000 housing units on the land being reclaimed for the planned main port of the Maldives in K. Gulhifalhu.

A 192-hectare land reclamation project is currently being carried out in the area for the purpose. The Environment Impact Assessment report of the project states that the project could potentially harm the nearby reefs and ecosystem. Environmental groups and resorts as well as dive associations have also expressed concern over the environmental impact. Some say that up to 30 dive sites nearby could be in harm’s way.

So, it was proposing to allocate 15 percent of the reclaimed land for housing, and construct at least 6,000 housing units in the area. The report noted that Gulhifalhu could potentially resolve the housing crisis and overcrowding faced in the capital, Male’ City.

The report also recommended steps to limit the impact of mining and reclamation projects to enhance environmental governance. It recommended that Strategic Environmental Assessments be prioritized rather than EIAs on a project level, regarding national infrastructure development.

Vulnerable areas to be protected should be designated before the assessments, and projects that include mining and reclamation are also to be included in such assessments, read the recommendations by the Committee.

The Committee also called on the government to designate a certain depth as a threshold for land reclamation and mining projects of necessity, in addition to utilizing sand resources most appropriately.

The Committee also recommended a government policy to be formed for the government to decline the commencement of projects involving land reclamation and mining, which may have an impact on the reefs, coastal areas, and seas during a time period noted for coral spawning, coral bleaching or warming of the seas.

Regulation for waste disposal into sea to be amended