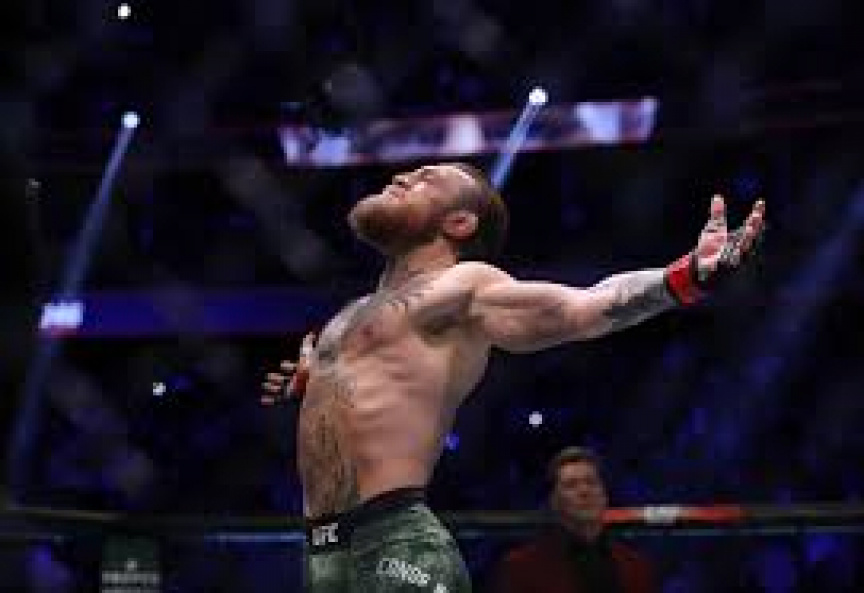 (BBC): UFC star Conor McGregor has retired from fighting, for the third time in four years.

Ireland's former two-weight UFC champion, 31, has a record of 22 wins and four defeats in his career.

His last fight, in January 2020, saw him beat American fan favorite Donald 'Cowboy' Cerrone in just 40 seconds in Las Vegas. He has previously announced his retirement in 2016 and 2019 before twice returning to the octagon. McGregor also tried boxing, losing to former five-weight world champion Floyd Mayweather in August 2017.

"Hey guys I've decided to retire from fighting," he said on Twitter on Sunday.

"Thank you all for the amazing memories! What a ride it's been!"

McGregor added: "The game just does not excite me, and that's that. All this waiting around. There's nothing happening.

Regarding the announced retirement UFC president Dana White said that he was not expecting it in any way but added "Conor McGregor's not going to need some money any time soon. He loves the fight, he's passionate about it and he has an incredible fighter IQ. But whatever his reason is, when you say you want to retire, don't worry about it. Do your thing, man."

McGregor signed for the UFC in 2013 as a two-division Cage Warriors champion and went on to capture the UFC titles at featherweight and lightweight, becoming the first man to simultaneously hold UFC titles in two weight classes.

After his first 'retirement' in 2016, he returned in October 2018 to unsuccessfully challenge for the UFC lightweight title against Khabib Nurmagomedov at UFC 229.

Earlier this year, he displayed one of the most spectacular performances of his career to defeat Cerrone - his first win inside the octagon since taking his second world title in 2016.

In May, McGregor declared himself as the second greatest mixed martial arts fighter of all time behind Anderson Silva, adding he would "easily" surpass the Brazilian before retiring.