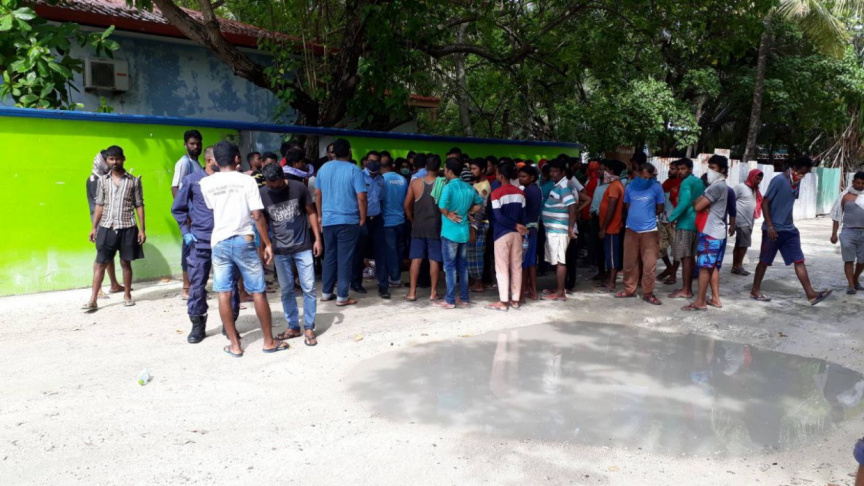 Police have said that a commotion that occurred in Thilafushi by a group of migrants was due to a disagreement between them and their sponsors.

A large number of migrant workers protested in Thilafushi today. It remains unclear exactly why they protested. Police detained 133, but later released all except seven.

Two officers were also injured while trying to control the commotion.

Police said that a disagreement occurred between the migrants and their sponsors. A report was submitted to the Police regarding vandalism targeted towards the go-down of the sponsors by the migrants.