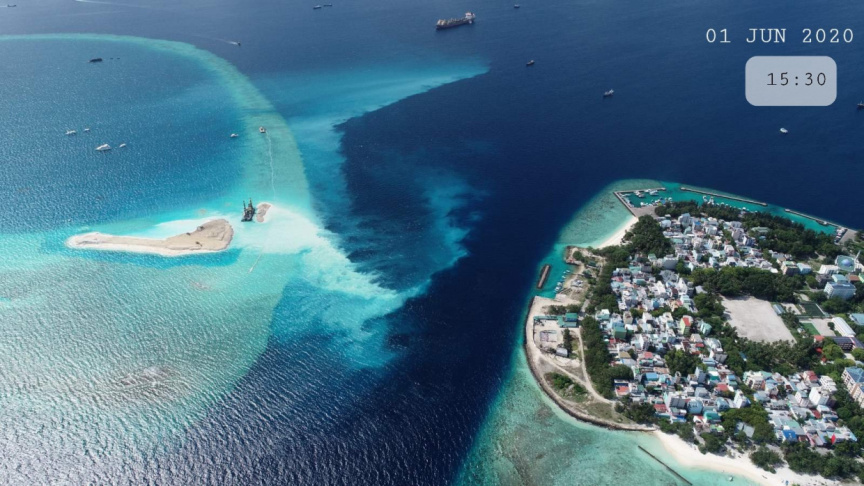 The Parliamentary Committee on Environment and Climate Change will be commencing an inquiry into the Gulhifalhu reclamation project.

A 192-hectare land reclamation project is currently underway at the location where a commercial harbor is to be built. The project has drawn controversy for its environmental impact on the surrounding ecosystem and reefs. Fears have been heightened that the project could increase turbidity levels in the waters, destroy coral reefs as well as 30 dive spots nearby.

The Parliament announced tonight that the Environment Committee will be looking into the matter.

The matter was presented to the Parliament by MP for Vilingili Ahmed Usham previously. However, it is being probed under the initiative of Environment Committee, said the Parliament. A vote for the inquiry received the unanimous support of all MPs during a Committee meeting on June 1.

The administrative desk is now working to obtain documents related to the matter. It will also summon the Environmental Protection Agency, Environment Ministry and Planning Ministry officials as well as members of the Environmental Impact Assessment Committee of the project on June 10.

Several organizations including one headed up by Speaker Mohamed Nasheed have also expressed concern regarding the impact of the project on the ecosystem. The Maldives Coral Institute even sent a letter to the Parliament regarding recommended amendments to the laws for such projects.

Other NGOs also submitted today, concerned about the lack of enforcement of the Environmental Act and EIA regulations

EPA has been disclosing the details of monitoring reports of the project including levels of sand drifting into the sea and turbidity levels of the area.

Boskalis Company which is running the reclamation project has said that it was not possible to erect silt screens in the area to stop sand from drifting in the current due to the depth of the location. The company is now working by placing large sandbags in the area to stop the process.