Concerns over freeze on overtime pay brought to Parliament’s attention 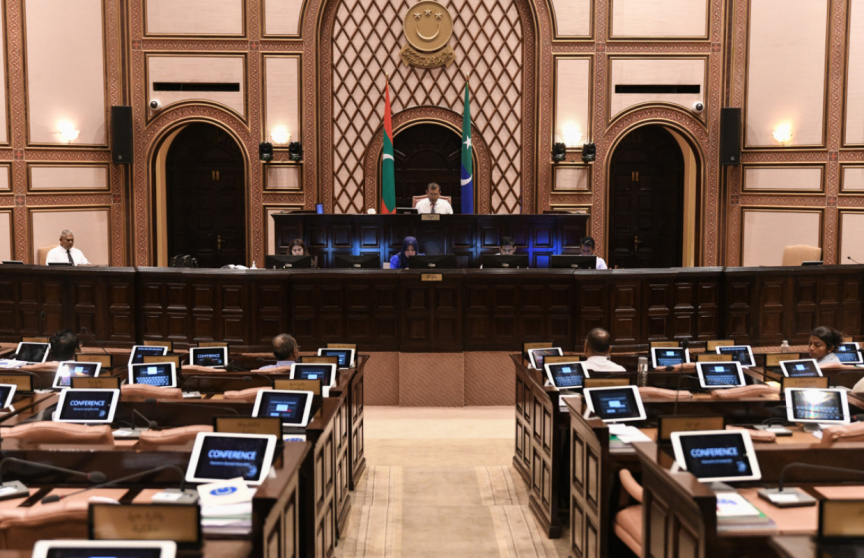 A petition has been lodged with the Parliament alleging the government’s decision to alter the policy on overtime pay to civil servants as a cost cutting measure in response to the cash flow constraints amid the coronavirus pandemic violates the law.

Shafeea wrote in her petition that the decision to revise the police on overtime pay to civil servants held multiple legal concerns which needed to be brought to the attention of the Parliament.

It comes in response to a circular issued by the Finance Ministry regarding cost-cutting measures in response to the coronavirus pandemic, which states that civil servants will be issued overtime pay under the Employment Act if their work exceeds 48 hours per week.

She also said that Article 32 of Employment Act does not declare hours for which employers are obligated to pay overtime, and that it was clear based on principle of the said Article that the purpose of the declaration on the Article that employees must not be made to work beyond 48 hours per week, excluding overtime hours, is to declare the maximum hours employees must be made to work per week.

“For this reason, I find that even if viewed in light of Law No. 4/2011 (Interpretation Act), the 48 hours stated on Article 32 cannot be linked overtime pay,” said Shafeea in her petition.

She said that the Finance Ministry’s decision to alter overtime pay policy via a circular violates Article 37 of Employment Act.

Article 37 states that employees must not be made to work overtime unless under an agreement between the employer and employee.

“For example, I note that a review of the agreement for permanent civil servants signed between Indhira Gandhi Memorial Hospital and medical officers who are civil servants and are working in the frontlines amid the state of public health emergency which has been declared in Maldives shows that, Article 26 of said agreement states that they will be awarded overtime pay under Article 163 of Civil Service Regulation 2014. And given that the aforementioned Article 37 of Employment Act refers to this situation, and since has been established that employees in this situation must be issued overtime pay under Article 163 of Civil Service Regulation, I note that this establishes that it refers to every hour beyond the official work hours per day,” said Shafeea.

She said that, that too, was a violation of the law.

Shafeea said that given the Constitution declared the receipt of salary, allowances and overtime pay of civil servants they are eligible to, to be a constitutional right, the State had a responsibility towards comporting its action in a manner which does not infringe on the right.

Shafeea asks that the Parliament hold the Civil Service Commission and Finance Ministry accountable for the violations, and have parliamentary committees open reviews into possible rights infringements by State institutions amid the state of public health emergency.