Commissioner of Police: No excuse for brutality 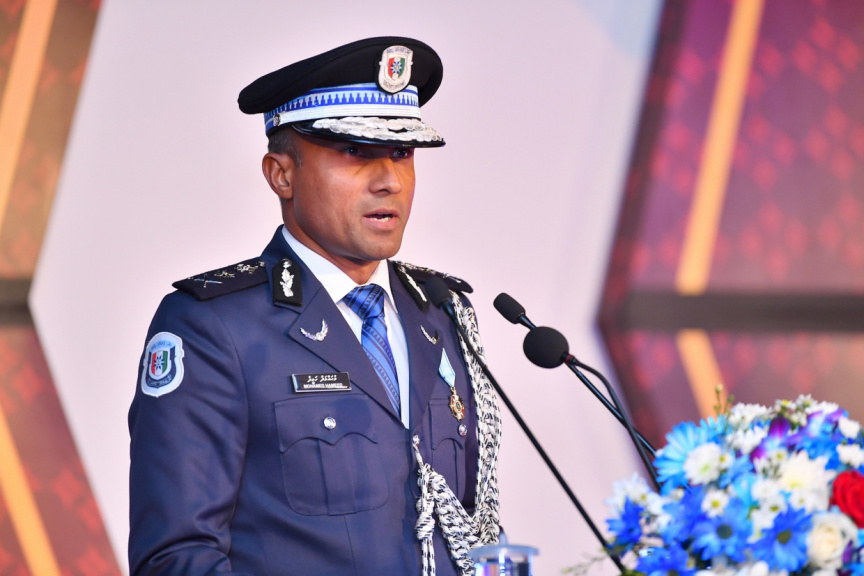 Commissioner of Police Mohamed Hameed at the reception held to mark the 86th anniversary of Maldives Police Service on March 29, 2019. (Photo/President's Office)

Commissioner of Police Mohamed Hameed, on Sunday, said that the use of physical force by the police must always be proportionate, and employed out of necessity, and that police brutality cannot be excused.

He made the remark in a tweet on Sunday afternoon, in reference to the killing of George Floyd, an African American man in Minneapolis, Minnesota.

Hameed said the use of physical force by the police must always be proportionate, legal and accountable.

He said that the police must not employ physical force unless out of necessity to secure observance of the law and to restore order.

And it must always be linked to policing objective, and must be to protect the public from harm, he said.

“No excuse for brutality,” he added.

George Floyd, 46, died after being arrested by police outside a shop in Minneapolis on May 25.

Footage of the arrest on shows a white police officer, Derek Chauvin, kneeling on Floyd's neck for several minutes while he was pinned to the floor. He is heard begging for air.

Chauvin, 44, has since been arrested and charged with third-degree murder and second-degree manslaughter. He also was accused of ignoring another officer who expressed concerns about Floyd as he lay handcuffed on the ground.

The killing has sparked widespread protest and rioting across the United States.

CP urges against actions that could hinder May 6 probe