Ghassan pledges cooperation to government ‘in whatever it requires’ amid crisis 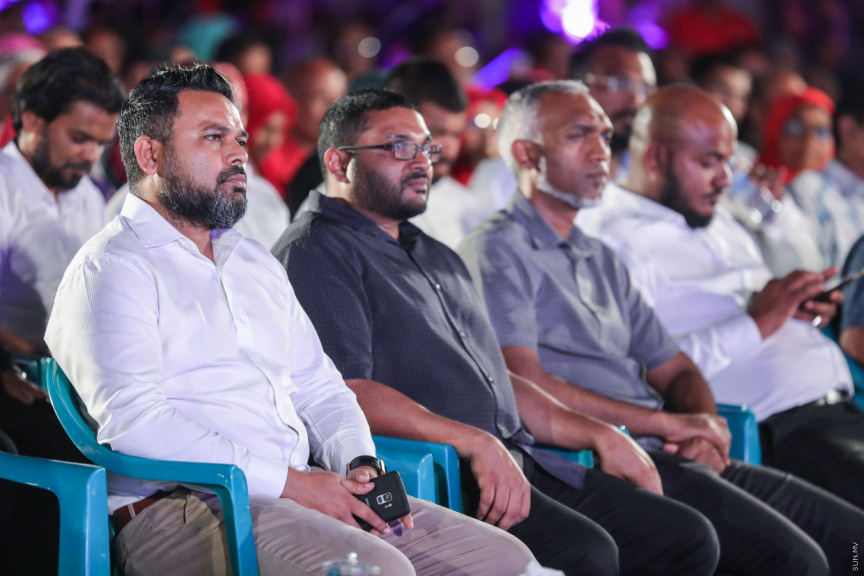 Progressive Party of Maldives (PPM) deputy leader Mohamed Ghassan Maumoon, on Wednesday said that opposition lawmakers were ready to set aside political differences and cooperate with the government in whatever it needed in order to overcome the current crisis facing Maldives.

Virtual parliamentary sessions resumed after a one-week hiatus this morning, and saw the presentation of an emergency motion filed by People’s National Congress deputy leader Adam Shareef Umar seeking to draw the government’s attention towards the plight of the hundreds of travellers from other residential islands who remain stranded in Male’ City amid the lockdown in the capital, as well as the plight of homeless people, and the plight of people being evicted from their apartments due to failure to pay rent.

“People are unable to pay rent. We are hearing sad reports of people being evicted from their homes due to this. I acknowledge that this situation is unprecedented, and that many measures are being taken to manage this situation,” said Ghassan.

He said that Maldives now experienced the economic downfall which had been predicted in connection to the COVID-19 pandemic.

He said that a mere appeal wasn’t enough to stop people from being rendered homeless.

Ghassan pressed on the need to effect regulatory and legal changes in order to provide an effective remedy to the issue.

Ghassan said that now wasn’t the time to be content regarding the measures already in place, but to take additional measures to lighten the burden on the people.

Failure to take even a single necessary measure can have a dire impact on the people, he said.