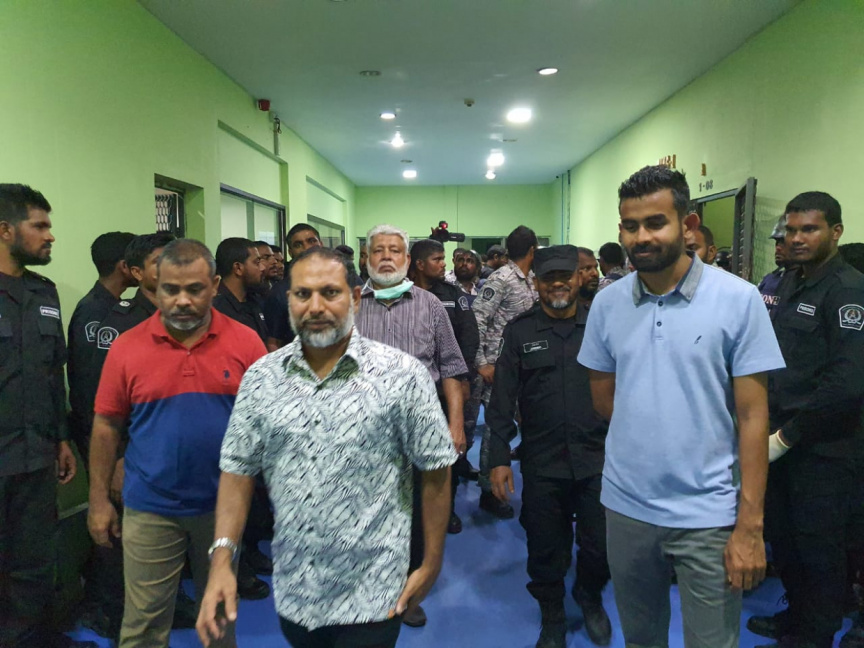 Home Minister Sheikh Imran Abdulla, on Sunday, said that the success in controlling the riot which erupted within the Maafushi Prison with minimal injuries was evidence of the proficiency of the officers guarding the prison.

The riot had erupted on Saturday night, and had followed the decision to commute the sentences of 105 inmates who had successfully completed the Maldives Correctional Service rehabilitation program.

According to Corrections, the riot had been staged by inmates in Unit 9, who had forced their way out when officers open the gates to distribute food.

One inmate and two officers sustained injuries in the riot.

Both Home Minister Imran and Commissioner of Prisons Ahmed Mohamedfulhu had visited the prison to assess the situation shortly after the riot took place.

Imran suggested in a tweet on early Sunday morning that the riot had been deliberately staged by inmates who had sought to take advantage of the situation with State institutions overwhelmed in the effort to curb the spread of the new coronavirus in Maldives.

“The success in controlling this attempt to stir up the prison in this precarious time with institutions stretched thin in response to COVID-19 is evidence, by the Grace of Allah, of the proficiency of officers,” said Imran.

He said that the government’s priority was to manage prisons “with the upmost regard to human dignity.”

'Be watchful of politician who profit from drug trade'

'Important to have police in islands to reduce crime'

'Have the capability to care for special needs kids'

Imran: Corrections was not negligent in death of inmate