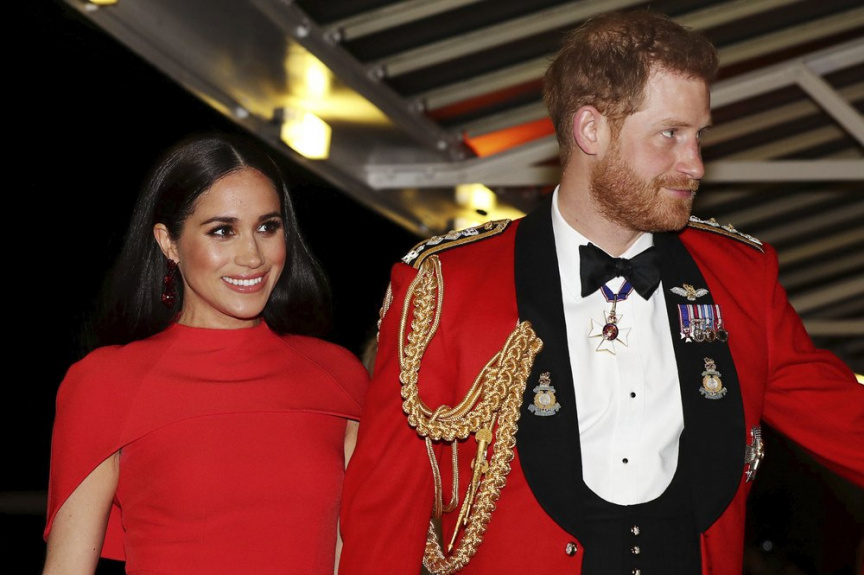 LONDON (AP) — U.S. President Donald Trump has offered his opinion on the future of Prince Harry and his wife Meghan, insisting the United States government won’t pay for the couple’s security if they live in the United States.

Responding to reports that the couple has moved to California, Trump tweeted on Sunday: “I am a great friend and admirer of the Queen & the United Kingdom. It was reported that Harry and Meghan, who left the Kingdom, would reside permanently in Canada. Now they have left Canada for the U.S. however, the U.S. will not pay for their security protection. They must pay!”

Harry —grandson of Queen Elizabeth II and sixth in line to the British throne — married the American actress Meghan Markle at Windsor Castle in May 2018, in a ceremony watched by millions around the world.

But the couple later said they found scrutiny by the British media — which they said tipped into harassment — intolerable.

In January they announced they planned to quit as senior royals, seek financial independence and move to North America. The split becomes official at the end of March.

Since late last year, Harry and Meghan have since been based on Canada’s Vancouver Island.

Last month, Canadian authorities said they would stop paying for the couple’s security once they ceased to be working royals.

Mary-Liz Power, a spokeswoman for Canada’s public safety minister, said in February that “the assistance will cease in the coming weeks, in keeping with their change in status.”

Power said that as duke and duchess of Sussex, they have been considered “internationally protected persons” who warranted security measures under international treaty.

Unconfirmed reports say the couple and their 10-month-old son Archie recently flew to Los Angeles, where Meghan was raised.

Representatives for Meghan did not immediately respond to an email seeking comment Sunday.

The party ends but the UK monarchy looks to the future