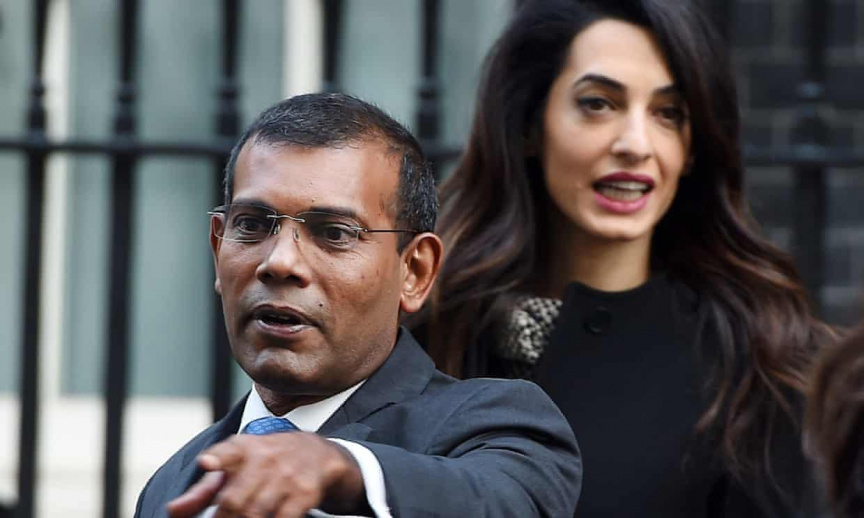 Speaker of the Parliament Mohamed Nasheed has welcomed the fact that prominent lawyer Amal Clooney will be representing the country at the United Nation’s International Court of Justice.

She was formerly a part of the Nasheed’s legal team and the former President expressed his delight that the country will be represented by her on behalf of the Rohingya Muslims, persecuted in Myanmar. Nasheed also added that as Muslims, Maldives had a duty to help “our brothers and sisters”.

"I am delighted to have been asked to represent the Maldives before the International Court of Justice [ICJ]. Accountability for genocide in Myanmar is long overdue and I look forward to working on this important effort to seek judicial remedies for Rohingya survivors," Al Jazeera quoted the British-Lebanese lawyer as saying.

I am delighted that Amal Clooney is working with Maldives to fight on behalf of the Rohingya people. As good Muslims, Maldivians have a duty to help our brothers and sisters, and it makes sense to begin with those who are closest to us.

The move comes after The Gambia filed a case of genocide against Myanmar at the ICJ last November. The court had ruled that Myanmar should take measures to prevent the genocide of the community.

Maldivian Foreign Minister Abdulla Shahid made the announcement of Maldivian involvement in the matter last Tuesday.

"In line with the decision taken at the 14th Islamic Summit of the Organization of Islamic Cooperation [OIC], the Republic of Maldives intends to extend its support for the efforts to seek accountability for the acts of genocide committed against the Rohingya people," Foreign Minister Abdulla Shahid had said.

The Minister also added that it will file a written declaration of intervention at the ICJ supporting the Rohingya.

Al Jazeera reported that Rohingya leaders had welcomed the move by the Maldives.

"#Rohingya have been seeking justice since 1978 when the genocide against them effectively began. Your action today speaks louder than the countless statements about us which are issued. We thank you from the bottom of our hearts." Ro Nay San Lwin, rights activist and co-founder of Free Rohingya Coalition, said in a tweet.

The Rohingya, described by the UN as the world's most persecuted people, have faced heightened fears of attack since dozens were killed in communal violence in 2012.

'People do not wish for govt. other than MDP to exist'

Nasheed: Anti-Islamic label used as premise to harm me