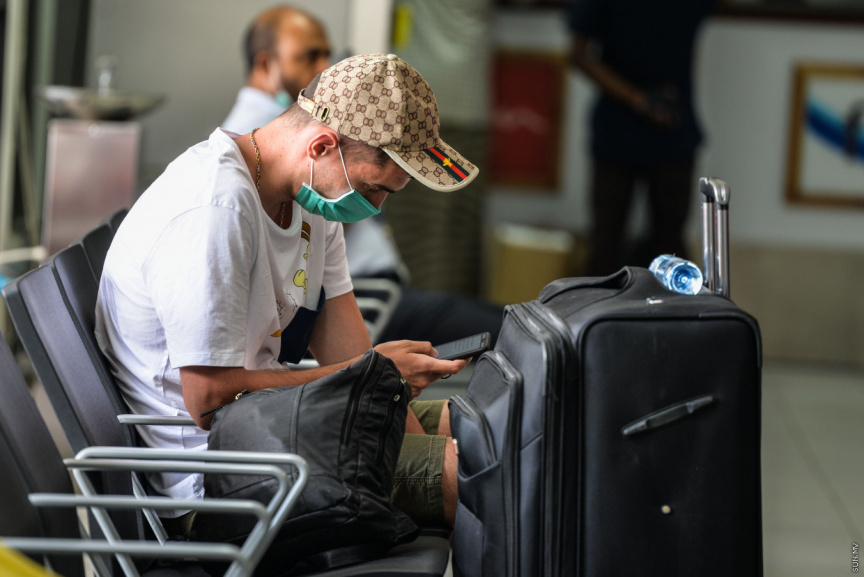 January 29, 2020: A tourist is seen in an airport of the Maldives. (Sun Photo/Fayaz Moosa)

Tourism Minister Ali Waheed has stated that a total of 24,259 bookings were made to the country and that the number of bookings canceled stood at 11,115 from January 26, February 2, 2020.

The Minister stated that despite the Coronavirus, the number of bookings to the Maldives in January exceeded the numbers for the same period last year.

The “tremors” (to the industry) are being monitored according to the Minister and steps to ensure the minimal impact of this was also being taken.

The Minister stated that because of the virus, the movement of people from one location to another would be limited and that this was something to keep in mind.

“The tourism industry would be affected due to the travel restrictions in several countries. However, our focus is on the safety and security of the country right now.” said the Minister who also stated that management of tourism establishments was informed of what steps to take in case of a suspected case of the Coronavirus was spotted in the country.

Canareef Resort to reopen next week after two years