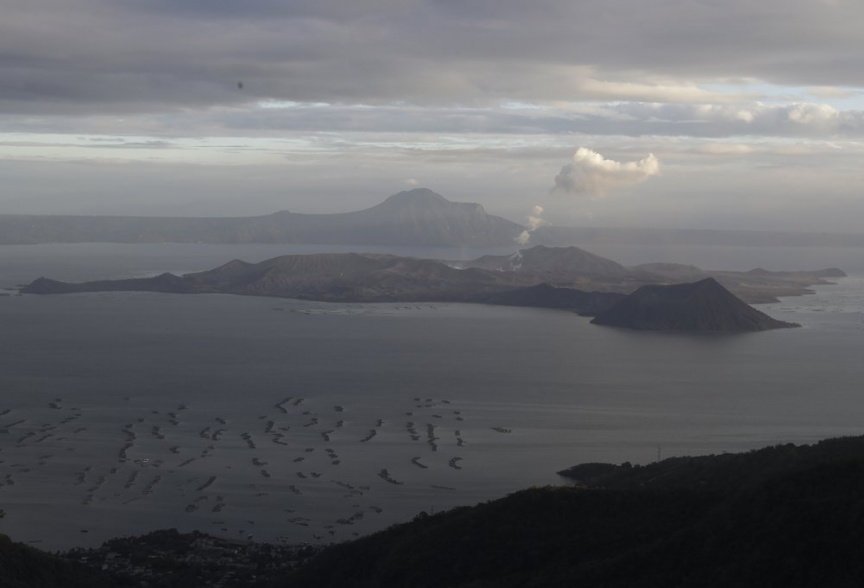 TAGAYTAY, Philippines (AP) — An erupting Philippine volcano remains life-threatening despite weaker emissions and fewer tremors, an official said Friday and advised thousands of displaced villagers not to return to the danger zone.

The Taal volcano emitted weaker ash and steam explosions Thursday and Friday, the sixth day of its eruption. But despite the “seeming lull,” its continuing volcanic quakes, the drying of its crater lake and other signs indicate magma is moving beneath the volcano, said Ma. Antonia Bornas, a Philippine Institute of Volcanology and Seismology official.

“When there is an explosion, that will be life-threatening, especially if people get very near, like on volcano island,” Renato Solidum, who heads the institute, told The Associated Press.

The volcano since Sunday has remained at alert level 4, the second-highest warning of a volcano’s danger, indicating a hazardous explosive eruption is possible in hours or days. Solidum said assessing whether the volcano’s restiveness has eased may take up to two weeks.

Tens of thousands of people have been evacuated from areas now under a security lockdown, and soldiers and police have been stopping desperate villagers from returning to retrieve belongings and save their poultry and cattle. Police have allowed batches of residents to check their homes briefly during the day in some high-risk villages.

Many houses and farms have been damaged by volcanic ash, though no deaths or major injuries directly caused by the eruption have been reported. Authorities have reported one traffic fatality on an ash-slickened road and an evacuee dying from a heart attack.

About 125,000 people fled their homes just in hardest-hit Batangas province, more than 65 kilometers (40 miles) south of the capital, Manila. At least 373 evacuation sites were crammed with displaced villagers and needed more ash masks, portable toilets, bottled water and sleeping mats, according to a provincial disaster-response office.

The government’s main disaster agency reported a little more than 77,000 people were displaced in Batangas and the nearby provinces of Cavite and Laguna. The reason for the discrepancy was not immediately clear.

Among those displaced were about 5,000 people who live on the island where the Taal volcano lies. The island is a popular tourist destination renowned for its stunning view of the volcano’s crater lake and lush hills teeming with trees and birds. Defense Secretary Delfin Lorenzana has recommended that villagers should not be allowed back.

The 1,020-foot (311-meter) Taal is the second-most restive of about two dozen active volcanoes across the Philippines. The archipelago lies in the Pacific “Ring of Fire,” the string of faults around the ocean basin where much of the world’s seismic activity occurs.