Mahloof: Fruits of seeds sowed last year to be reaped in 2020 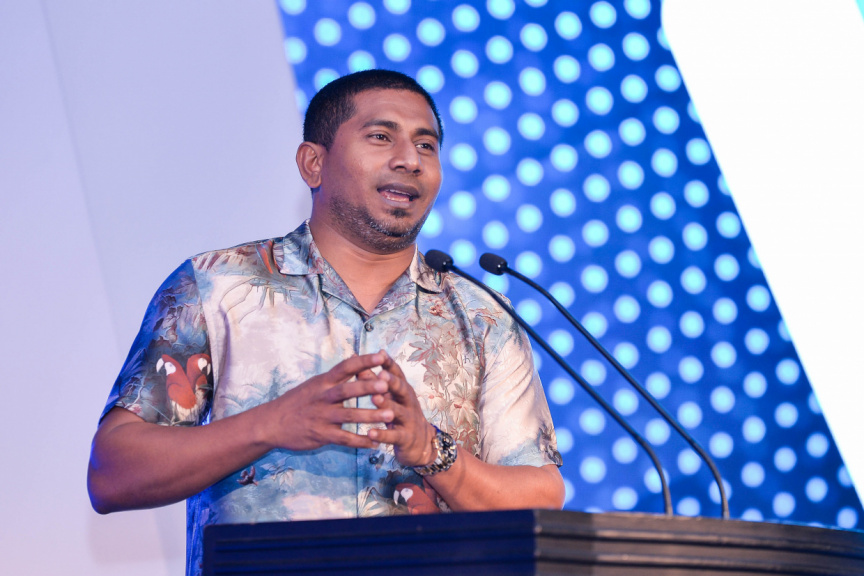 Youth Minister Ahmed Mahloof has said that fruits of the seeds planted last year will be reaped in 2020 and that a lot of things are planned for this year following the experience and successes of last year.

The Minister noted the example that clubs, community organizations would be working under grants from the Ministry which will allow these organizations to run projects more conveniently.

The Minister also highlighted that an unprecedented amount of success in sports, community and youth empowerment was achieved last year.

“We faced a lot of challenges in our work last year. For instance, we received a letter by the EPA to stop the work on a building we had planned to build near the swimming track. The agreement for the building was signed the day before we received the letter. I think that some wall works of the building have been commenced now. Six months were spent on terminating such difficulties.” said the Minister.

Minister Mahloof also stated that some of the work on the facilities for the Indian Ocean Island Games would be commenced in 2020.

'Not due to Ministry works on stadiums are delayed'