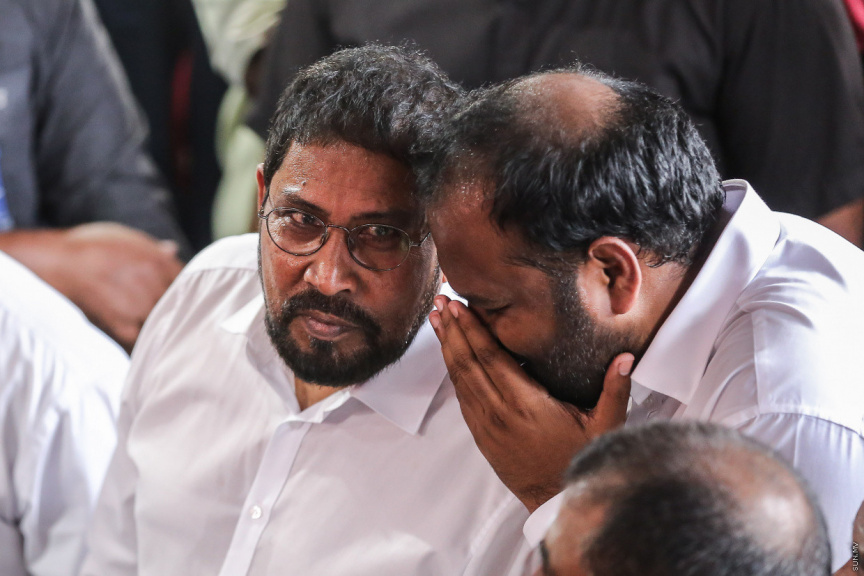 Jumhooree Party leader and Maamingili MP Qasim Ibrahim have defended Tourism Minister Ali Waheed, who is faced with calls to resign by a significant number of employees working in the tourism industry.

The Minister is under fire following comments made regarding the service charges given to employees of tourist facilities.

MP Qasim who owns several resorts across the country, tweeted in defense of the Minister last night stating that the Minister would act legally, no matter if the case was related to the tourism industry or employment.

“It is not the Minister that decides on the service charge and salaries (of resorts)”. said MP Qasim.

His tweet followed the response of the Speaker of the Parliament, Mohamed Nasheed who also defended the Minister by saying that the Ministry had seen positive changes in the one year since the Minister took office.