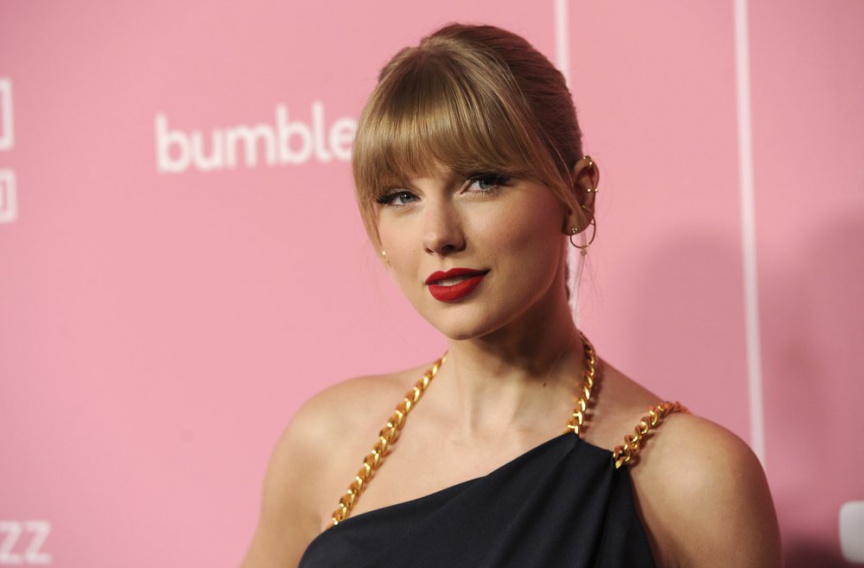 LOS ANGELES (AP) — Taylor Swift used the Billboard Women in Music stage to address a series of issues including her ongoing beef with Scooter Braun.

Swift was awarded the first-ever woman of the decade honor during the 14th annual event Thursday night, the eve of her 30th birthday. Her acceptance speech lasted more than 15 minutes as she spoke about witnessing institutionalized sexism throughout her career, unfair business practices and Braun, who bought her master recordings without her knowledge.

“The definition of the toxic male privilege in our industry is people saying ‘But he’s always been nice to me,’ when I’m raising valid concerns about artists owning their rights to own their music,” Swift said. “Of course he’s nice to you. If you’re in this room, he has something that he needs.”

Swift, Alicia Keys and Billie Eilish were among the music artists who were recognized at the event, which celebrated the achievements of top female performers and executives in the music industry. Rosalia and Megan Thee Stallion, who were also honored, performed during the live stream show.

The beef began after Swift discovered that Braun’s Ithaca Holdings owned her master recordings. It was announced in June that he acquired Big Machine Label Group, the label led by Scott Borchetta and home to Swift’s first six albums.

Braun, who manages Grammy winners including Ariana Grande, Justin Bieber and Tori Kelly, wrote a lengthy post on social media that he’s made calls to have an open discussion with Swift and squash their differences, but said he’s been rejected. However, the singer said she hasn’t heard a word from him.

“None of these investors have ever bothered to contact me or my team directly to perform their due diligence on their investment,” she said. “They didn’t ask how I might feel about the owner of my art, the music I wrote, the photos of me, my handwriting, my album designs. Scooter never contacted me or my team to discuss it prior to the sell or even before it was announced.”

During her speech, Minaj paid her respects to the late rapper Juice WRLD, who died at the age of 21 after suffering a seizure at a Chicago airport on Sunday. She also talked a moment when WRLD suggested she “stay calm and pray” before walking on stage during a tour.

“It doesn’t feel comfortable to talk about me when someone so important to our culture died,” Minaj said. “It’s important not to pass judgement so people aren’t ashamed to speak out and ask for help. I just came here tonight to ask people to be a little more forgiving and understanding, especially with entertainers.”

“It’s the ability to be an individual, set your own path and blaze forward,” she said.