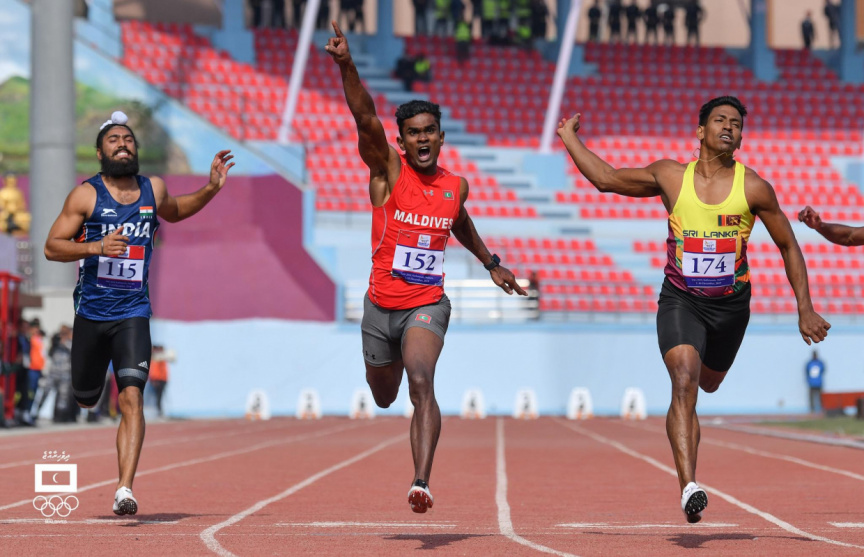 Hassan Saaidh, the fastets sprinter in the Maldives has won the gold medal in the 100-meter event of the 13th South Asian Games currently underway in Kathmandu, Nepal.

Saaidh won the gold medal, the first for the country at the games this year, by winning the event in under 10.49 seconds at the Dasarath Rangasala Stadium. While Saaidh won the event, Sri Lankan sprinter Himasha Eshan won second place in 10.50 seconds.

Saaidh won the silver medal from this event at the last games. He became the first Maldivian athlete to win a gold in athletics when he won the gold medal at the Indian Ocean Island Games in 2015.

Mary, Ayya and Gais to be appointed to Broadcom