Imran: Crimes aren’t being overlooked because of extremism within police force 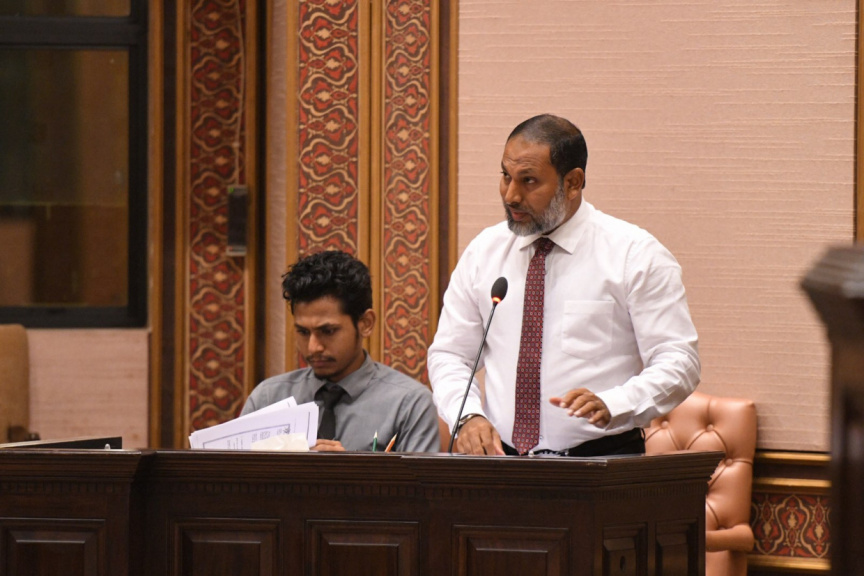 Home Minister Sheikh Imran Abdulla has dismissed the allegations by Speaker, former President Mohamed Nasheed of the existence of police officers who share the ideology spread by a ‘sinister network’ of local religious extremists.

Imran, who was summoned by the Parliament for a ministerial questioning session this Tuesday, was pressed for clarification regarding action by the police to stop religious extremism.

Opening this Tuesday’s parliamentary sitting, Nasheed repeated his allegation that the failure by the police to stop violent religious extremism was because some of the police officers themselves shared extreme views regarding religion.

Imran, in response to questions by parliamentarians, denied the allegation.

“I do not believe that necessary action cannot be taken because of the existence of people within institutions who support religious extremism or groups affiliated with terrorist organizations,” said Imran.

He added that the Home Ministry was working in collaboration with senior police officials to establish whether religious extremism had spread within the police institution.

Imran also denied allegations of failure by the police in investigating crimes linked to religious extremism.

He said that Maldives had been facing violent religious extremism since 2007, and that he believed sufficient work had been done to stop such crimes.

He said that stopping violent religious extremism wasn’t the responsibility of the police alone, and that it required the collaborative effort of all relevant state institutions.

Dunya: People who rape, abuse children must be punished