Nasheed: Charges can be brought based on DDCOM report 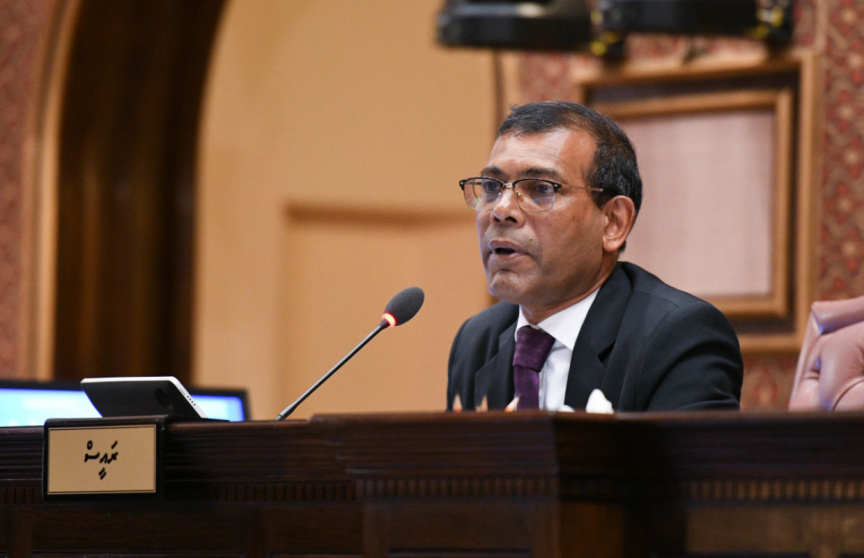 The Speaker of the Parliament has stated that the Parliament strongly believes that charges can be brought against the people involved in the murder of Dr. Afrasheem based on Commission on Deaths and Disappearances (DDCOM) investigative report.

His comments contrasted with the Home Minister who spoke in the Parliament earlier and stated that he was informed by the DDCOM and PG Office that it was not possible to bring charges against anyone named in the report.

Speaker Nasheed, however, stated that the attorneys in the Parliament believed that charges could be raised based on the report and questioned why the lawyers from the Parliament and the PG office had different opinions on the matter. Nasheed also stated that he did not wish to compare the two and was difficult to say that one was better than the other.

The report by the DDCOM concluded that Dr. Afrasheem was funded and murdered by a group of people with religious and ideological differences. The attack that took place on October 1, 2012, was masterminded by Azlif Raoof from H. Hilton who had allegedly fled the country for war abroad.

The investigation into the murder by Police at the time resulted in a different conclusion. Police found that it was political differences that resulted in the murder of Dr. Afrasheem. This was, however, refuted by the DDCOM.