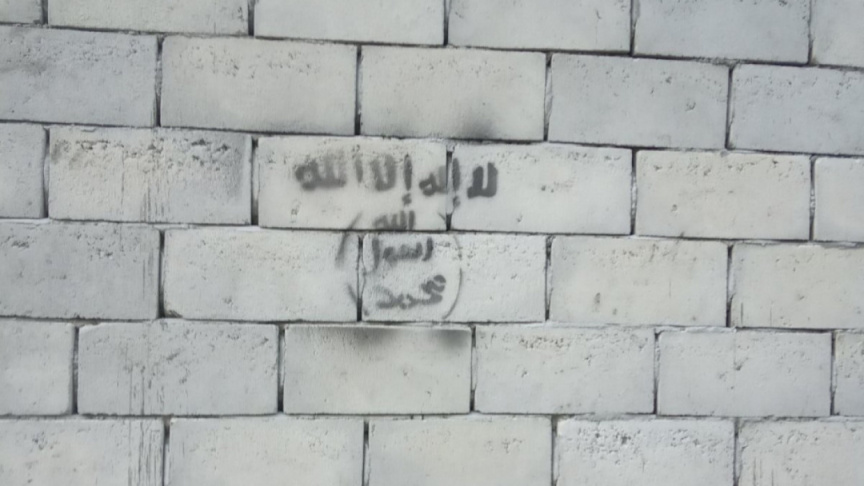 The logo of terror group Islamic State (IS) spray painted on a wall in Sh. Maaungoodhoo. A group of unidentified men arrived on a boat to the island and left before tagging several buildings with the logo on November 22, 2019.

The Home Minister Imran Abdulla has revealed that the boat that was used by the unknown group of people who tagged buildings in Sh. Maaungoodhoo with the logo of terrorist group Islamic State has been found.

The Minister was responding to questions posed by the Parliament in today’s session when he revealed the news. The Minister confirmed that a Police team had visited the island to investigate the incident. The investigation had led the officers to identify the boat that was used by the men.

The boat is still at sea and Police were working on seizing the boat.