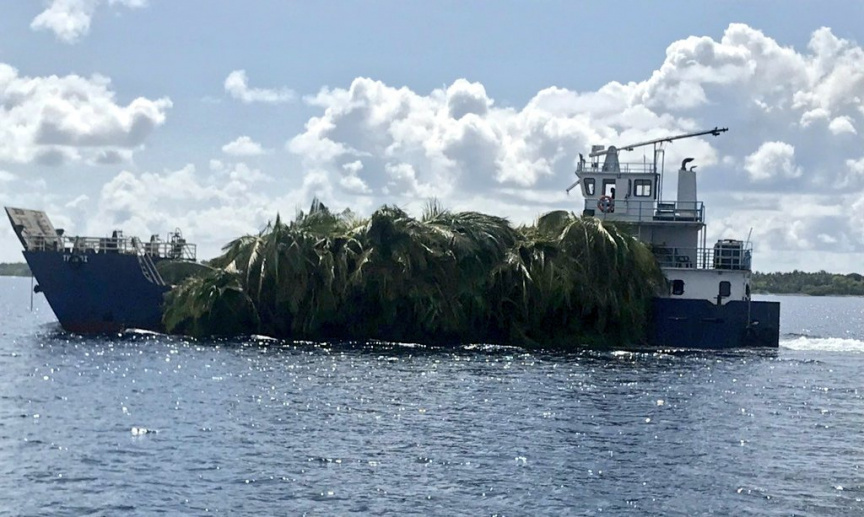 Palm trees are uprooted and transported out of a residential island in Maldives.

A private citizen, Hassan Adil (Asraaruge, S. Maradhoo) has been fined MVR 257,000 for illegal removal of vegetation from B. Mendhoo.

The decision was announced by Environmental Protection Agency (EPA) in a press statement this Thursday.

B. Mendhoo was leased to Adil by the Fisheries Ministry for agricultural use.

The EPA approved the environmental impact assessment (EPA) conducted on Mendhoo and issued permit to conduct agricultural business on the island on November 25, 2018.

According to EPA, it found that a 4,822 square meter area to the North East of Mendhoo had been cleared of vegetation to build a road in violation of the permit.

Adil was fined last Wednesday, and has been instructed to pay the fine within 30 days.

The practice of removal of coconut palms and other vegetation from residential islands for landscaping at reclaimed lagoons and sandbanks developed as tourist properties - though regulated – remains an issue of deep concern to local environmental activists.

Environment Ministry recently announced that 6,000 square meters of vegetation have been removed from several residential islands under the pretense of running developmental projects such as construction of mosques, football fields and classrooms.

Victim of knife attack moved to Male' for treatment