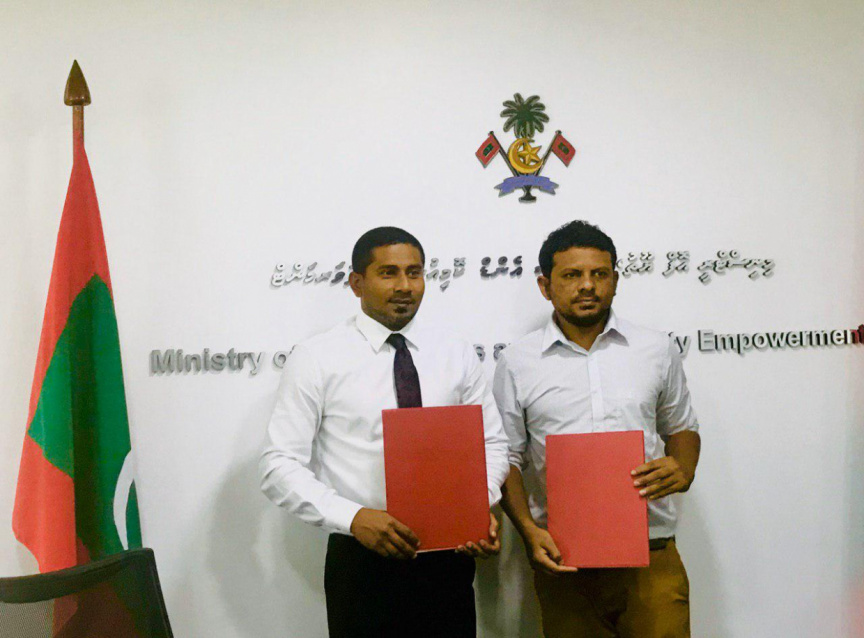 (From L-R) Youth Minister Ahmed Mahloof and Brilliant Company’s managing director Ismail Masood at the signing ceremony for procurement of the resources needed to develop public parks in 15 islands on November 4, 2019. (Sun Photo)

Youth Minister Ahmed Mahloof has announced plans to initiate projects to develop public parks in 52 local islands before the end of the current year.

He made the announcement at the signing ceremony with Brilliant Company to procure the resources needed to develop public parks in 15 islands last Monday.

He said that the Youth Ministry planned on contracting park projects at 15 more islands before end of this year.

“It is our deepest wish to see parks developed at 52 islands before the end of this year,” said Mahloof. “I have visited many islands. I am talking about the islands which I have visited which lack even a park where children can play at.”

Mahloof said that park projects will be run in local islands based solely on need, and irrespective of the island size or population.

He said that it was the government’s policy to reduce disparity between the capital and outer lying island in running infrastructure development projects.

Youth Day to be celebrated at Kulhudhuffushi this year