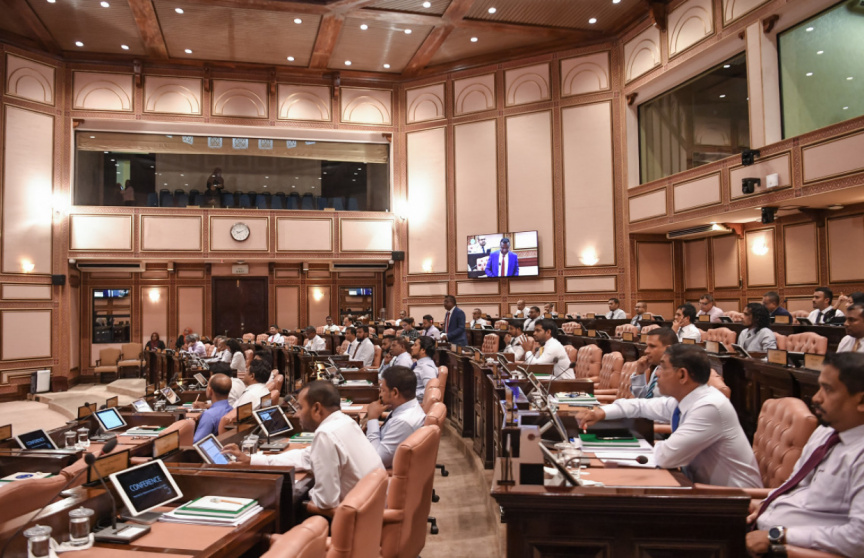 Lawmakers pictures during a sitting at the Parliament. (File Photo/People's Majlis)

The legislative amendments to the Constitution – designed to pave the path for mayors and deputy mayors of city councils, and presidents and vice presidents of island councils to be elected straight through a public vote – has been submitted to the Parliament.

According to the Maldivian government, the two bills are expected to improve the management of administrative divisions of the government in accordance with a decentralized system of governance, and empower local councils.

The bills were drafted by the Attorney General’s Office, and sent to the President’s Office on Thursday, October 10.

Aslam’s bill calls for amendments to Section 8 of the Constitution; establishing that mayors and deputy mayors of city councils, and presidents and vice presidents of island councils need to be elected directly through a secret ballot taken among constituents, establishing that atoll councils must be composed of island council presidents from each atoll in order to improve representation of all local islands within atoll councils, and extending the term of councilors from three years to five years.

Education of juvenile delinquents made mandatory

Govt. to repeal constriction on freedom of assembly